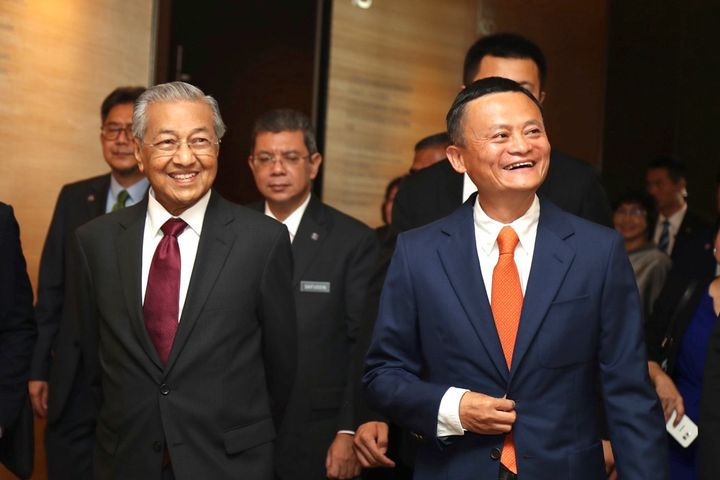 Mahathir toured Hangzhou, a tech hub and the capital of Zhejiang province, during the initial leg of his official visit to China, his first to the country as prime minister since 2011. China is also the first state he has visited outside the Association of Southeast Asian Nations since returning to power in May.

The 93-year-old premier told Alibaba Executive Chairman Jack Ma that he hopes the company will share its innovative ideas in finance, logistics an artificial intelligence with Malaysia so that it may also benefit from the latest technologies.

Thus far, 2,651 small companies in the country have exported their goods around the world thanks to the initiative, said Daniel Zhang, Alibaba's chief executive.

Malaysia has also announced the introduction of Aliyun's ET City Brain as it seeks to fully use the AI technology for traffic management, urban planning and environmental protection.

As the initial stage of the program finishes, 281 road intersections in Kuala Lumpur will have access to the City Brain, via which dynamic control of traffic lights, traffic accident detection and priority for emergency vehicles will come into play to alleviate the city's traffic congestion.

Controlling traffic lights via City Brain could almost halve journey times for ambulances and fire trucks a field test by Alibaba indicates, while Mahathir's stopover in Hangzhou shows how Alibaba's presence in the city has done more to put it on the map than Marco Polo's visit.