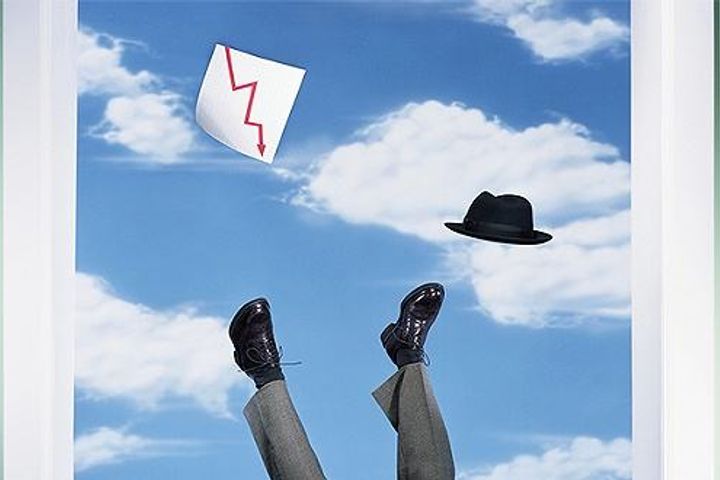 Its share price ricocheted from earlier gains of 7 percent, to a 13 percent downward spiral on the news.

Cogobuy Group's shares sank more than 11 percent at one point and closed 9.5 percent lower, yesterday. Tongda and Man Wah plunged by over 10 percent and 8.6 percent, respectively.

Block outed his report on Man Wah at the Sohn Investment Conference in Hong Kong today, alleging the company fabricated its profit figures. The company's stock toppled on the news, to close at HKD6 before trading halted at 2.30 p.m., recording an intraday volatility of as high as 25 percent. Its chief financial officer, Wang Guisheng, responded by saying that he is in the US, and is looking into the matter, but declined media requests for an interview.

Block also impugned the credibility of the company's impressive sales growth in China. The average single-store sales average about USD195,000 (HKD1.5 million) a year, per figures released by the sofa maker. However, Block's findings suggest that at least 15 of Man Wah's 57 stores -- including its Shanghai outlet -- have closed without filing for de-registration.

Block said he decided to investigate Man Wah because one of his analysts discovered that, despite an immaculate balance sheet, the company's cash holdings were dubiously high. Muddy Waters bases its investigations mainly on income statements, but also at times checks balance sheets.

Many companies tinker with their cash holdings by purchasing wealth management products, Block noted, and this is where fraud may occur. Muddy Waters therefore decided to investigate the Hong Kong company. After checking all 57 stores listed in the financial statements, Block's team found 15 of them had already shut down, per their business registration records, and that Man Wah had 48 percent more debt than it reported.

Inconsistencies also popped up in tax and export data. Unlike previous cases, Block did not assign a target price to Man Wah, because he thinks all assets -- including fake ones -- have a 'price.' He has, however, fixed a target price for all other companies he has previously investigated.

Man Wah has held two investors' meetings in the past several days, fueling investor suspicions. As Block put it, if the company is innocent, it would not be so desperate to defend itself before Muddy Waters even released its report.