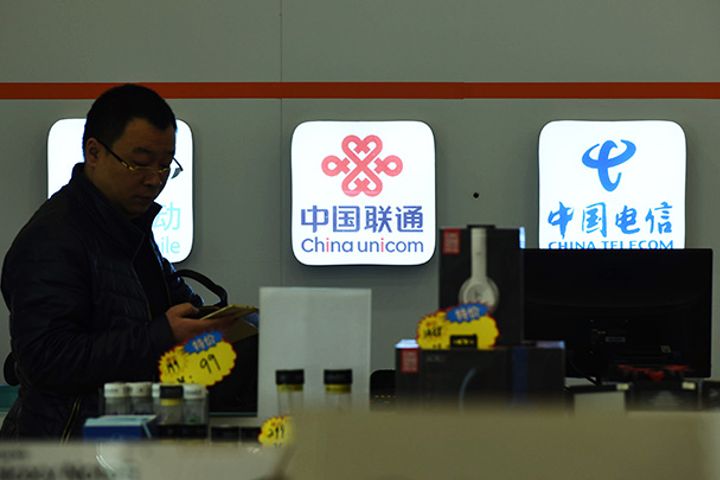 (Yicai Global) Sept. 5 -- The two Chinese wireless carrier giants said to be at the center of possible government plans for a mega-merger in the sector have denied any knowledge of the matter.

China United Network Communications, better known as China Unicom, said online yesterday it had noted reports about the alleged merger with China Telecommunications, but is unaware of the situation and has received no notice to that effect. China Telecom personnel likewise disclaimed any awareness of the matter, state media The Paper reported.

The country's top brass is mulling a combination of China Telecom and China Unicom, two of the three state-run telecom titans, to hasten development of fifth-generation communications, or 5G, but have not yet come to a final decision, Bloomberg reported yesterday, citing unidentified people familiar with the matter.

There has been speculation over a number of years about a possible union of the pair, with local media reporting denials from both just last month.

China began research, development and testing of 5G in early 2016 and set this year as a crucial period to establish its standard and develop commercial products. The country is ahead in the global development of 5G networks, which are expected to be at least 10 times faster than 4G, and aims to roll out commercial services as early as next year, Yicai Global reported in March.