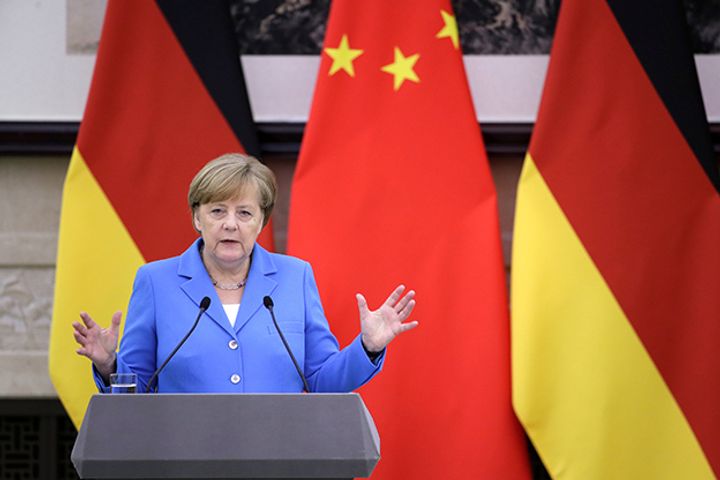 Merkel Says Europe Must Unite and Work With China, Other Countries

(Yicai Global) June 12 -- German Chancellor Angela Merkel said Europe can no longer rely exclusively on the transatlantic partnership after this year's G7 summit, but must close ranks and work closely with countries such as China, state-run news agency Xinhua reported.

US President Donald Trump's performance at the summit in Canada "depressed" Merkel, she said on June 10. She does not want to abandon the G7 framework, but Germany must seek dialog with Russia and work closely with Japan, Canada, India and China, Merkel added.

Trump's sudden refusal to endorse the joint communiqué disappointed her, Merkel said upon returning to Germany. The Group of Seven -- Canada, France, Germany, Italy, Japan, the UK and the US -- met in Charlevoix, Quebec between June 8 and 9.

Trump's decision does not signal the end of the transatlantic partnership, though Europe cannot simply reply on it, Merkel said. As the summit clearly showed, Europe will fall prey to extortion without a common foreign policy, she added.