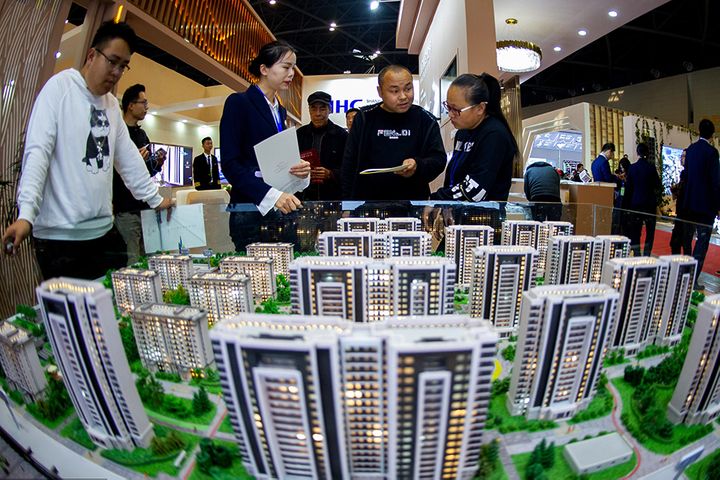 (Yicai Global) Oct. 25 -- The percentage of city dwellers in China who expect home prices to rise this quarter has inched up, as has their willingness to buy, the findings of a new central bank survey show.

Almost 30 percent of respondents see the cost of a home climbing in the three months through December, up from 28.2 percent in the second quarter, according to a quarterly urban depositor survey report the People's Bank of China released yesterday. Some 21.5 percent plan to buy homes in the period, an increase from the second quarter's 21 percent.

More also expressed a desire to consume more in the third quarter than in the second, with 27.7 percent indicating 'more consumption' in the third quarter, up 1.3 percentage point from the one before. Those who inclined to 'more savings' made up 44.5 percent, down 1 point, while those favoring 'more investment' stood at 27.8 percent, a 0.4 point drop.

The survey is a canvassing mechanism the PBOC devised in 1999. The bank randomly selects 50 depositors from each of its 400 banking outlets in 50 cities each quarter, adding up to 20,000 people nationwide. The inquiry includes the depositors' overall judgment on economic operations, savings and liabilities, consumption and their basic information.

The macroeconomic heat index of bankers fell 5.3 points from the previous quarter to 33.9 percent, per another third-quarter survey report the PBOC simultaneously released. About 33.4 percent of financiers believed the best description of the economy is rather 'chilly,' a 9.9 points rise from the previous three months.

The PBOC's entrepreneurs' macroeconomic heat index registered 32.4 percent, 2.1 points down from the previous quarter and 4.8 percentage points lower than the same period last year. Around 36.3 percent of entrepreneurs deemed the macro economy 'cool.'