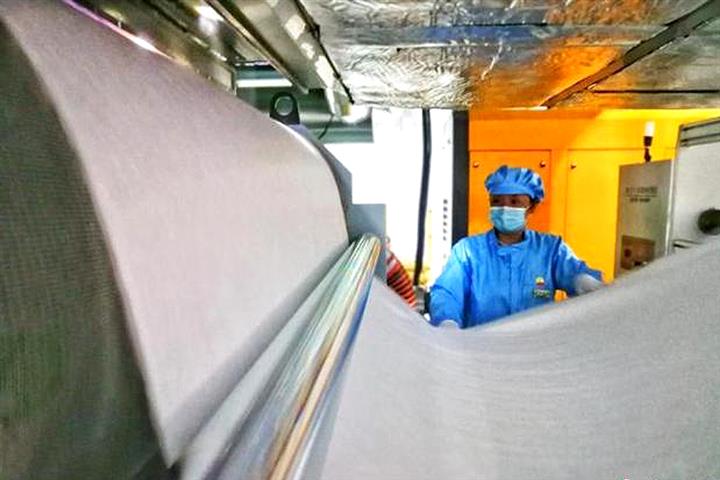 The company has signed a deal to supply 100 tons of meltblown fabric, which is the key material in a mask’s middle layer that prevents the virus from penetrating it, from April to July to BYD's purchasing unit BYD Shenzhen Supply Chain Management.

The announcement did not specify the financial natural of the entire deal, saying only that it will receive CNY20 million (USD2.82 million) as full prepayment for the first two months of delivery, and the two sides will thereafter discuss the price for the last two months.

Since China has ramped up its face mask production, the cost of the felt-like non-woven fabric has risen to up to 10 to 20 times, and this bonanza has lured some companies that did not produce the polymer cloth to install new production lines to make it.

Large players include China Petroleum and Chemical, which has built 16 such production lines that it plans to have successively up and running from last month to May. They are expected to produce more than 10,000 tons of the material each year.

Meltblown is produced by melting polypropylene granules, with the resulting molten polymer extruded through spinnerets into continuous filaments that are cooled and deposited on to a conveyor belt to form a uniform web. The calendering process uses heat and high pressure applied through rollers to weld the fiber webs together at speed to produce a soft, uniform material, according to the website of face mask raw material maker Fuyang Sensi Trading, which is based in China’s eastern Anhui province