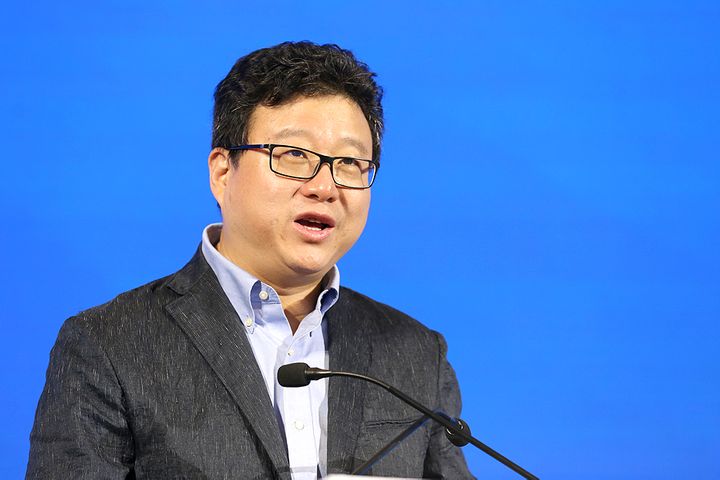 (Yicai Global) Nov. 18 -- The founder of NetEase, one of China's leading technology companies, is getting deeper into pig farming.

Internet tycoon Ding Lei, also known as William Ding, has revealed that he will expand his hog farming business by building a pig farm in his home city of Fenghua in China's eastern Zhejiang province with a production capacity of 100,000 piglets, Qianjiang Evening News reported. It will be NetEase's fourth.

Weiyang, NetEase's affiliated pork brand, plans to set up a leading demonstration park in Fenghua featuring modern agricultural technologies that integrate breeding, plantation, display and exchange. Annual hog output will reach 100,000 animals after its completion, the report said, citing Ding, who spoke at an event on Nov. 16. It did not provide further financial details.

Pork prices have gone through the roof in China in the second half of this year as the African swine fever pandemic and the pork cycle have combined to drastically thin the nation's hog herds.

Ding set up his first pig farm in Zhejiang's Anji county in 2012 after announcing an intention to get into pig farming in 2009. The 485.7-hectare farm has a separate bamboo forest and tea garden, according to media reports. A hog house featuring artificial intelligence technologies and full Wi-Fi coverage was also built. The swine reared at the farm even have their own music albums.

In 2017, Weiyang announced the completion of a CNY160 million (USD22.9 million) A-round of financing, led by Chinese lifestyle platform Meituan Dianping and venture capital firm Sinovation Ventures. JD.com, the country's giant in the e-commerce sector, is also a strategic investor in the affiliate.

Weiyang has three pig farms in Anji as well as Shengzhou, a county-level city in Zhejiang's Shaoxing city, and Gao'an in Jiangxi province, but it has not revealed details about their production capacities.