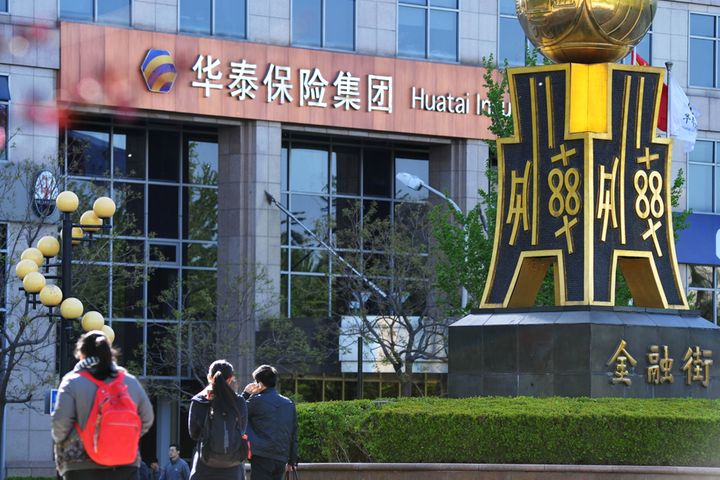 This authorization will further cement Zurich, Switzerland-based Chubb's dominance as Huatai's largest shareholder, which it became in March after grabbing a 22 percent stake.

It also paves the way for it to realize its declared aim of potentially taking over the whole target.

"We made our first investment in Huatai in 2002 and became the company's largest shareholder. This increased ownership is an important milestone towards our goal of majority and beyond ownership," Evan G. Greenberg, the company's chairman and chief executive, said in a March 4 press release.

China Resources Szitic Trust and seven other small shareholders quit the ranks of Huatai's shareholders, planning to transfer an aggregate 4.7538 percent of shares to the Chubb Bermuda unit of Chubb, the CBIRC announced on its website on July 1, effectively giving Chubb 30.931 percent if the deal were to go through, though no details as to price are available.

More than 12 minority shareholders have also ditched their Huatai holdings and decamped for the Bermuda subsidiary since the start of the year, further funneling equity to the unit in furtherance of Chubb's scheme to devour the whole target.

A unit of Wuhai, Inner Mongolia-based Junzheng Energy & Chemical Group, which was Huatai's runner-up shareholder with a 22 percent stake, was at one point in contention with Chubb for mastery of the target but ultimately abandoned its bid and yielded the field. It announced the sale of a 3.36 percent stake in Huatai for CNY1.6 billion (USD228 million) on Nov. 11, Reuters reported.

China approved Chubb's Tempest Reinsurance and INA Holdings units' acquisition of a more than 26 share of Huatai, which surpassed the 22 percent held by Junzheng Group to make it the largest shareholder in March. Huatai thus changed from a Chinese capital-funded company to a joint venture and became the first Chinese-foreign JV insurance group.

Huatai Insurance Group is a comprehensive financial insurance group integrating property insurance, life insurance, asset management and fund management. The Group's consolidated total assets were CNY46.77 billion as of the end of last year. It has more than 600 branches and serves more than 11 million customers.

Chubb formed from the merger of ACE and Chubb after the former paid USD29.5 billion in cash and stock in January 2016. ACE then assumed the Chubb name and listed under on the New York Stock Exchange. Its shares [NYSE:CB] closed 0.21 percent down yesterday at USD152.51.