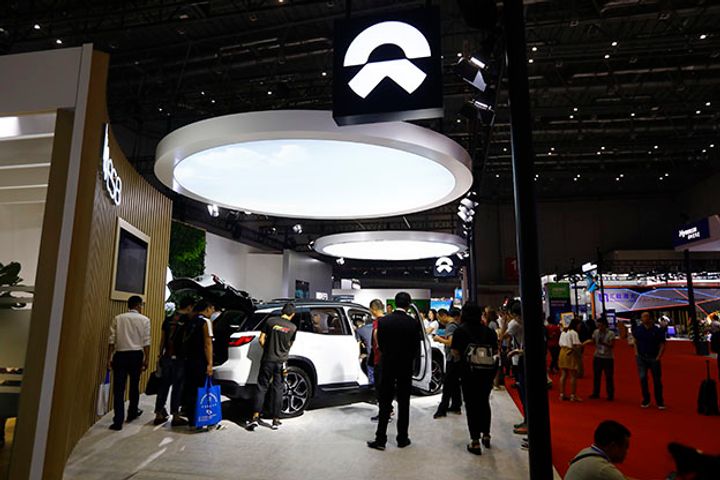 Nio Plans to Cut 3% of Staff Amid Mass-Layoffs Report

(Yicai Global) March 26 -- Chinese new-energy vehicle maker Nio,  which harbors ambitions to compete with the likes of Tesla, has  confirmed it will cut 3 percent of employees amid reports of inflated  sales figures and mass lay-offs.

Nio will reduce employees by 3 percent to under 9,500 people,  Beijing News reported founder and Chief Executive William Li as saying  in an internal letter setting out the Shanghai-based firm's goals for  this year.

The company rapidly expanded in 2018, opening sales outlets and  offering inflated salaries to lure in new talent as its total workforce  swelled by over 50 percent in the second half to reach at least 9,000 by  the turn of the year. The company's development has been hampered this  year after it revealed a net loss of USD1.4 billion for 2018 and shelved  plans to open its own factory in the country.

Short-term losses are difficult to change at an operational  level, Li said earlier. The most optimistic of outlooks suggests that  Nio will not narrow losses significantly until it delivers its ES6  sports utility vehicle models in volume, the letter states.

For this year, the company aims to deliver models on time to  customers in June, while improving efficiency in terms of its budget and  investment and significantly boosting its gross profit margin,  according to the letter. The firm also aims to bolster research and  development planning for the second-generation of its platform as well  as set up a test fleet for autonomous driving.

Most Nio cars delivered last year were bought by its own staff, a  person claiming to be a former employee said on social media last week.  The company made its employees buy them through leasing agreements. The  employee bought an ES8 for CNY460,000 (USD68,526) and the company pays  him CNY15,000 back each month for a three-year period. Therefore,  employees get a car and can make an extra CNY80,000 through the deals.

Other netizens accused Nio of falsifying sales data using  internal purchases from suppliers and other partners, while also using  financial products to gain private profits and laying off employees in  secret.

Nio denied the claims in a statement on March 22. The firm has  delivered 14,000 ES8s as of the end of February, and only 2 percent were  bought by employees or shared with the firm, according to the  statement. Nio has entered a period of refining of operations and will  work to improve system efficiency while also adjusting and optimizing  business and personnel structures in accordance with its development  strategy, the company added.

NIO remains objective and calm  towards questioning and criticism while its legal and public relations  departments will take necessary measures to deal with malicious rumors,  Li added.