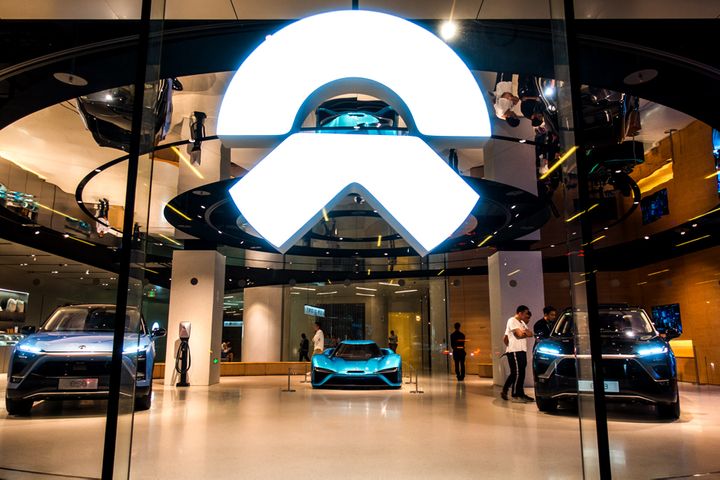 (Yicai Global) Aug. 2 -- Nio's stock price fell after the president of the Chinese new energy vehicle startup revealed that that company's global headcount has dropped by about 1,000 employees, or more than 10 percent, in recent months.

"Nio has been doing local optimization to improve operational efficiency  this year, and this is what we should do at this stage," Qin Lihong from  the Shanghai-based company told news outlet 36Kr. Nio now has 8,800 employees and it never had more than 10,000, he added.

The layoffs mainly involve people in research and development as well as  marketing, and mostly those who were still on probation, a former Nio  employee told the same source, adding that some departments have slashed  30 percent of their staff. The firm offers one month's severance pay.

In the first quarter, Nio had a net loss of CNY2.6 billion (USD376.9  million), according to its financial report. The firm went public in New  York last September after securing CNY10 billion in a round of  financing in May, led by Beijing E-town International Investment and  Development. The company has pledged some of its equity as collateral  for loans from Bank of Shanghai and sold its Formula E racing team to  deal with the cash crunch.

Layoffs are normal in the auto industry since it is a cyclical sector and once  sales shrink, all firms in the supply chain scale down, an industry  insider said to 36Kr.

In the first half, General Motors, Ford Motor, Honda Motor and Tesla have  all announced plans to reduce their headcounts amid slowing global  sales. Earlier this month, Japan's Nissan Motor said it will cut 12,500  employees worldwide, or about 9 percent of its workforce.