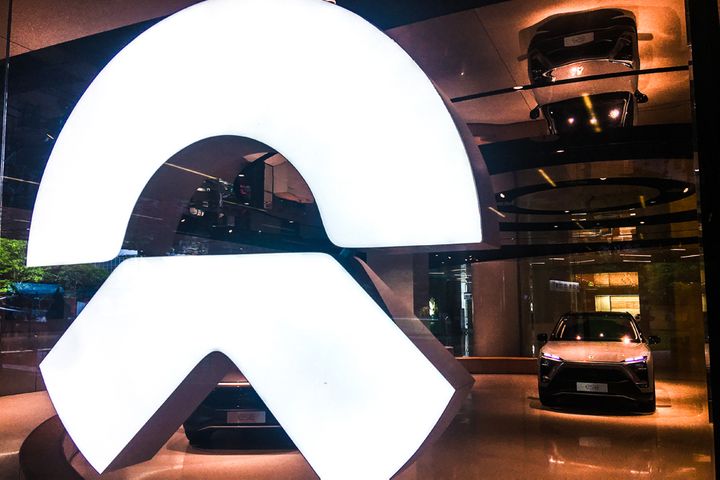 (Yicai Global) Feb. 26 -- A government injection of funds and Nio's decision to move headquarters to Hefei, the capital of China's Anhui province, are not connected with the electric carmaker's manufacturing partner Anhui Jianghuai Automobile and there has been no discussion of mixed-ownership reform between the two, The Paper reported yesterday, citing Nio co-founder Qin Lihong.

Cash-strapped Nio will receive CNY10 billion (USD1.42 billion) in strategic investment from the Hefei government, according to an agreement signed with the local government yesterday. In return, Nio will relocate from Shanghai and build a new CNY1 billion corporate HQ and research and development base in Hefei as well as a CNY1.5 billion second production line.

Jianghuai Automobile, also known as JAC Motors, is the main investor in the existing joint venture plant in Hefei that is Nio's main production base. There is no talk of investment in the state-owned carmaker, Qin said. Their co-operation is mostly to do with manufacturing.

The central government kicked off the so-called mixed-ownership reform initiative in 2014 to boost the competitiveness of its moribund state-owned enterprises through private capital injections. Despite going public on the Shanghai stock exchange in 2014, sales and profits at JAC Motors have languished in recent years. Nio is one of JAC's most high-profile clients.

But production has been stung by the novel coronavirus epidemic as several auto parts makers based in Wuhan, the disease's epicenter, remain shut. The shortage of parts has meant a delay to deliveries of some Nio vehicles. Quantifying the full impact remains difficult, Qin added.

The firm's performance has been quite good despite the epidemic, Qin said. Though sales are now mostly handled online, this month's average daily orders have been equal to or more than that of January, he added.