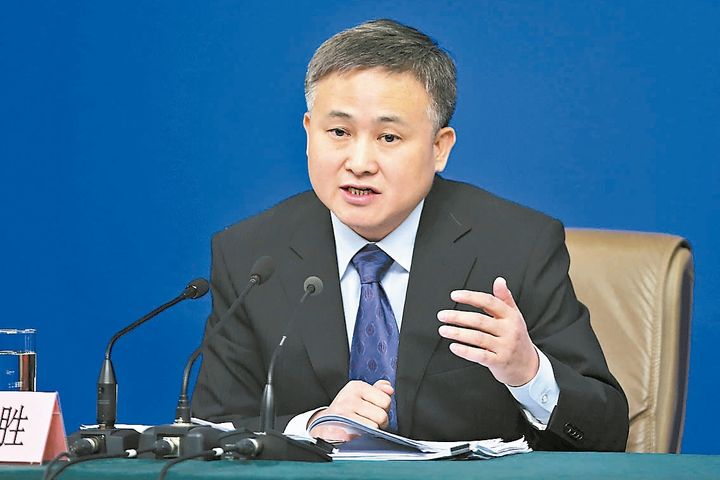 (Yicai Global) July 4 -- Against the backdrop of the 20th anniversary of Hong Kong's return to China, the Bond Connect kicked into gear officially on July 3. In an interview at the launch ceremony, Pan Gongsheng, deputy governor of the People's Bank of China (PBOC), advised that, depending on the state of operation of the Northbound Bond and market demand, evaluation on the Southbound Bond will be carried out at a proper time. Currently, the time schedule to initiate it has still not been finalized, he said.

China now boasts the third largest bond market in the world, fueled by its burgeoning growth, Pan noted. As the Chinese economy develops in a steady and sound manner, growing ranks of investors are keen to invest in China to bolster their allocation of yuan-denominated assets. Despite its encouraging global ranking, with a proportion of less than 1.6 percent, China's bond market currently features insufficient numbers of outbound investors. Attracted by the large scale and the pace of yuan internationalization, more and more foreign investors are set on buying yuan-denominated assets, where the Bond Connect is key as a bridge and carrier to propel this process.

Global bond index suppliers are now taking a great interest in China's bond market, Pan said. For instance, Bloomberg LP and Citigroup Inc. [NYSE:C] issued their bond index announcement successively to create new flagship indexes. Inclusion of China's bond market in major global indexes better reflects the needs of international players for yuan-denominated assets. As the third connectivity initiative between Hong Kong and Mainland China following the Shanghai-Hong Kong Stock Connect and Shenzhen-Hong Kong Stock Connect, the Bond Connect is designed to facilitate exchange of financial infrastructure. These three channels are parallel to and supplement each other, and are accessible to a variety of investors.

Global investors look poised to not only issue yuan bonds, but also stride into China's bond market, Pan advised. The currently approximately 500 participating overseas investors have a total stake of more than CNY800 billion (USD117.6 billion) in China's market. Projections hold that a stable and sound Chinese economy, yuan internationalization and improvement in the bond market infrastructure -- including the Bond Connect – will entice increasing numbers of investors to step into China's bond market.

From the perspective of China's central bank, its cooperation with Hong Kong will deepen, ranging from construction of the yuan international center to connectivity of financial market infrastructure . Hong Kong possesses substantial advantages when it comes to financing, talents, etc., and these will be massively instrumental in driving construction of the Belt and Road as well, Pan added.