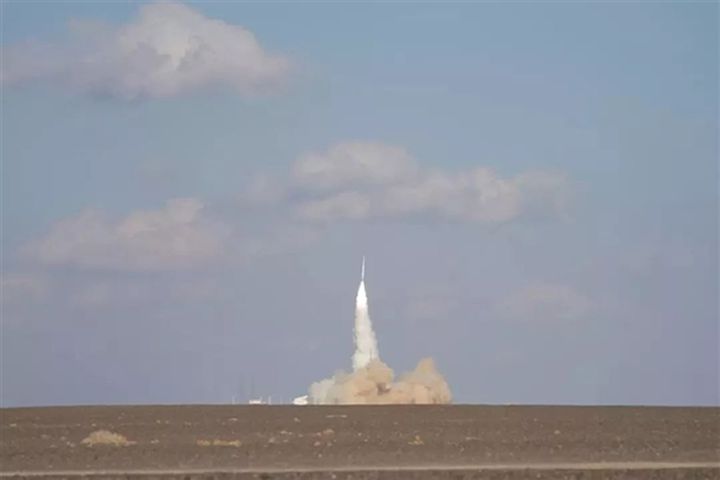 (Yicai Global) April 2 -- OneSpace Technology said it will help a client seek insurance compensation after a satellite was lost when one of the Chinese startup's solid fuel rockets crashed to earth shortly after launch last week.

The private space company's data analysis revealed that a faulty gyro led to the mission's failure, it said on WeChat yesterday. The Beijing-based company had intended to put the satellite, weighing less than 100 kilograms, into orbit. The wreckage fell into a safe zone, it added.

State-owned players have dominated the field, but private capital has flowed into the sector in recent years with an eye on the lucrative commercial market for putting satellites into orbit. Founded in June 2015, OneSpace specializes in the development, design and final assembly of low-cost small carriers.

It launched the OS-M Chongqing rocket, a four-stage solid launch vehicle, from the Jiuquan Satellite Launch Center in northern China on March 27. A malfunction occurred tens of seconds after takeoff. The first ever attempt by a private Chinese company, LandSpace Technology, to send a rocket into orbit ended in disappointment last October.

LandSpace's Zhuque-1 was launched on Oct. 27 to send a satellite into orbit. The launch proceeded as expected until something went wrong in the final stage. Cowling separation was normal but something irregular happened after the second stage, and the satellite failed to reach orbit.