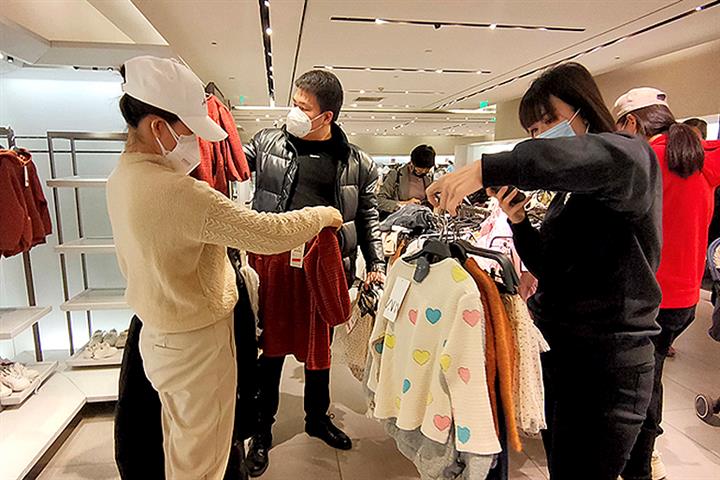 China's Economic Policy Should Focus on Spurring Demand at Home

(Yicai Global) Nov. 11 -- China's consumer price index, a gauge of consumer inflation, and producer price index, a measure of industrial profits, both slowed down in October, indicating that lack of demand is still the main constraint on the country's economic recovery and policymakers should prioritize boosting domestic demand.

The CPI grew at the slowest pace since June in October, advancing 2.1 percent year on year, a marked slowdown from September’s 2.8 percent growth. Month on month, it climbed 0.1 percent, again less than September’s 0.3 percent growth. Both growth rates were below market expectations.

Food prices gained by only 0.1 percent in October from the month before, much less than September’s 1.9 percent. Although pork prices rose for the second consecutive month due to tight supply, the prices of most other food categories fell.

Non-food prices were flat for the second month running. Energy prices continued to fall, while the price of manufactured products, such as clothing, household appliances and communication devices, rebounded, as the release of more refinancing boosts manufacturing. Transportation prices also remained the same.

The core CPI, which excludes food and energy prices, gained 0.6 percent last month from the year before, the same growth rate as September, and is now at the lowest level since April last year. Month-on-month it inched up 0.1 percent, indicating a slight recovery, but still very weak, demonstrating that lack of demand is the main constraint.

The PPI contracted for the first time since January last year, slumping 1.3 percent in October year on year. This was mainly due to the high baseline a year ago. But it climbed 0.2 percent from September, ending three straight months of decline.

International commodity prices have been rising and falling since October. Crude oil prices are rebounding as the Organization of the Petroleum Exporting Countries cuts production. This coupled with the depreciation of the yuan against the US dollar has led to a slight pickup in imported inflation. But in the long run, imported inflation is still on a downward trend.

Now that consumer prices are increasing faster than factory gate prices, the room for profit at companies in the middle and downstream parts of the industrial chain has increased. Profit declines at industrial enterprises narrowed 6 percentage points in September from the month before, indicating an improvement in corporate performance, according to data recently released by the National Bureau of Statistics.

As major economies continue to tighten monetary policy, the global economy will continue to cool, resulting in weak overseas demand. Recurring outbreaks of Covid-19 in China continue to hinder consumption, and the real estate market has also yet to recover, indicating that domestic demand is still low.

November’s CPI growth rate is likely to continue to slow, but may pick up in December, while the PPI will keep sliding. Monetary policy needs to remain steady and loose, focus on boosting demand at home and ensure that the economy remains within a reasonable range.