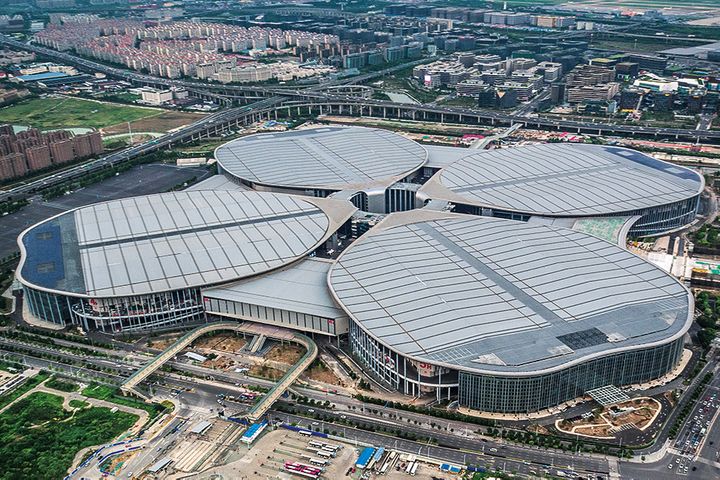 Over 200 German Firms Are Signed Up for This Year's CIIE

(Yicai Global) Sept. 6 -- More than 200 German companies have signed up to participate in this year's China International Import Expo, making it one of Europe's biggest contributors to the event by firm count and area hired.

China has been Germany's largest trading partner for the past three years and it is one of the country's most popular investment destinations, the Chinese Ministry of Commerce's spokesman Gao Feng said yesterday. Some 129 German companies took part in last year's CIIE, the world's first ever import-only exhibition, renting 31,000 square meters of space to make up a third of the total area hired by European exhibits.

The most popular industries for German exhibitors last year were the high-end equipment sector, with 60 companies joining. Other sectors with more than 10 firms include clothing, cars, food and agriculture and medicine and healthcare. Data by industry for this year is not yet available.

Over the past five years, China-German bilateral trade has grown steadily and reached a record high of almost USD184 billion last year, up 9.4 percent, Gao continued. Bilateral trade between Germany and China was up 2.4 percent from January through July this year at nearly USD107 billion, with Germany investments in China rising 62.7 percent to USD1.2 billion and those in the reverse direction growing 27.6 percent to USD1 billion.

The two nations have also achieved great results via the Belt and Road Initiative, he added, referring to Chinese President Xi Jinping's grand plan for a trade and infrastructure route spanning roads, rails, pipes and waterways across multiple continents. German giants like Siemens and Voith have worked closely with Chinese companies as part of the scheme, he said.