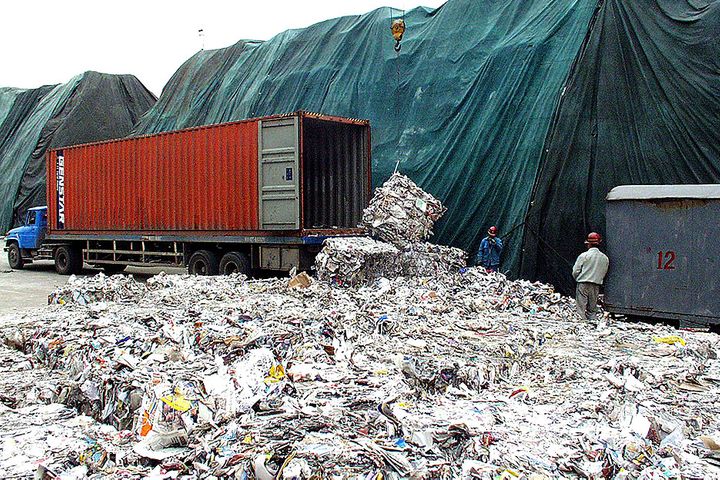 (Yicai Global) Dec. 25 -- China's Ministry of Ecology and Environment issued its first batch of wastepaper import licenses for next year on Dec. 23, with a quota of 2.8 million tons, down 45 percent from this year, as the country continues to curtail its waste imports.

The first batch of wastepaper import permits for next year is the largest quota for the year, based on past patterns. Strict quantitative and qualitative requirements for waste imports cause companies' actual inventory volumes to often be lower than the total quota, an executive at a Shandong province-based paper company said.

Companies must apply to the ministry for import quotas before they can import goods. This ration is the ceiling for total wastepaper imports in a given year. Chinese customs check each container of imported paper scrap, so if the impurity ratio of an imported batch exceeds standards, it is immediately returned, the executive said.

Domestic paper prices have surged since October. Many companies announced price hikes earlier this month, while some have even raised prices twice weekly.

China launched a sweeping waste import ban in June last year, slashing the types and quantity of solid waste imports it allows. The country will continue to lower wastepaper imports next year and on through 2021, basically achieving zero inflow in all areas except newsprint, per the state industrial plan.

The nation's total audited volume of wastepaper brought in from abroad was 10.8 million tons this year, down 7.4 million tons or about 41 percent from last year, the ministry said in a statement.