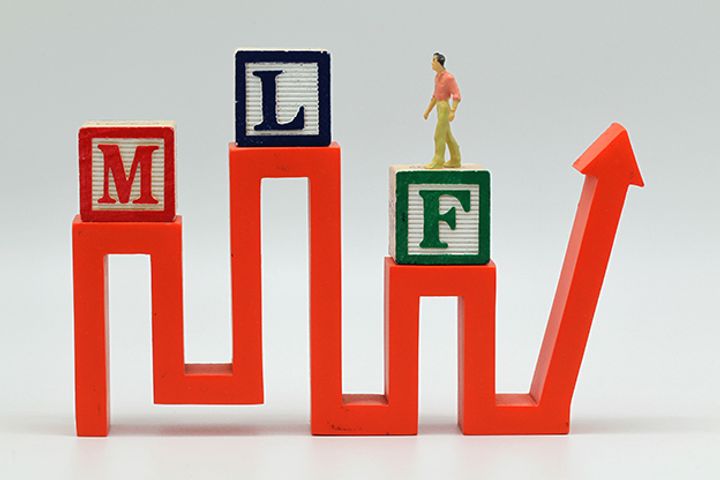 (Yicai Global) July 20 -- China's central bank has given specified instructions regarding its expanded collateral for the medium-term lending facility that is aimed to keep liquidity steady.

A joint-stock bank received a window guidance via telephone concerning support to loan placement and credit bonds investment, Yicai Global learned from a source in the bank's financial market department on July 18.

Late last month, the central bank said it will accept assets such corporate bonds with AA+ and AA ratings, as well as those bonds which are rated AA-and-above and backed by credit to small and mid-sized companies, the environmentally friendly economy, or agriculture, to provide guarantees for MLF.

"With the changes in the mode of money supply by the PBOC, the above policies have strengthened the guiding role of banks, and banks may choose to invest more in AA+ credit bonds," the source said. "The current interbank market interest rate has been reduced, which is conducive to alleviating the problem of expensive financing," the financial professional added.

Regarding loan placement, the central bank provides 1:1 MLF funds for simple loans, while notes and interbank lending are not encouraged. For credit bond investment, AA+ and above-rated bonds are given MLF funds at a one-to-one ratio and below AA+ ones are provided MLF at a one-to-two ratio, which only applies to industrial investment. Funding for financial debt is not included.

Credit bonds are issued by non-government entities and they have a defined principal and interest rate. These securities include corporate bonds, short-term financing bonds, medium-term notes, asset-backed securities, and subordinated debt.

This move is conducive to guiding funds into the real economy and alleviating the difficulty and costliness of financing, an industry insider said.

"We hardly invested in some private firms and entities' rated debt before," the source said. Another source in the joint-stock commercial bank's asset management department also told Yicai Global that they basically do not invest in below AA+, as instead, they prefer AA+ and above.

In the first half of this year, the increase in the scale of financing to the real economy was CNY9.1 trillion, showing a slowing pace of 18 percent over last year. The number of China yuan-denominated loans increased 7 percent to CNY8.76 trillion from the year before.

On July 17, a committee led by Guo Shuqing, chairman of the China Banking Regulatory Commission conducted research to increase financing services to private firms and small and mid-sized companies. "The difficulty and costliness problem is still prominent," Guo said after the meeting.