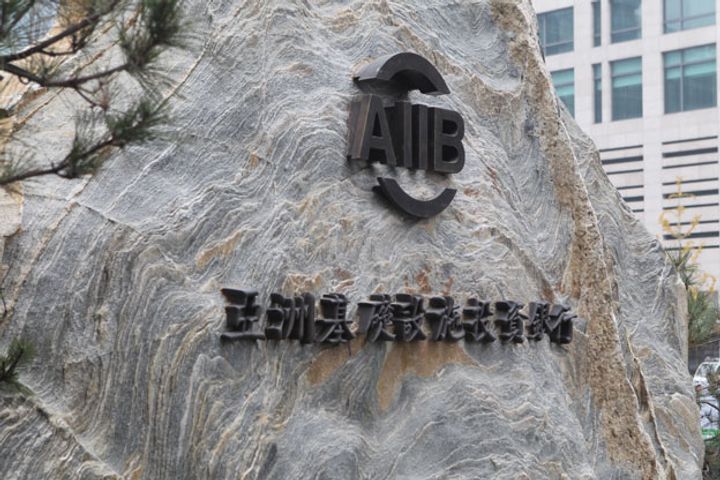 (Yicai Global) Jan. 9 -- The Asian Infrastructure Investment Bank has set up a USD500 million corporate bond fund that aims to confront environmental, social and governance problems across the continent.

The portfolio will target quasi-sovereign, green and other corporate bonds from infrastructure-related issuers, the lender said in a statement today. The money will mostly go toward companies that build sustainable infrastructure or otherwise focus on ESG issues, and bonds from Chinese firms will make up a large portion of the fund.

AIIB's long-term goal with the portfolio is to lure private sector funds into the infrastructure investment market. It will not permit frequent trading in the fund given the lack of liquidity in the corporate bond market.

"As a multilateral development bank, the AIIB can invest in investment-grade bonds, mainly credit bonds rated AAA, AA and A, with coupon rates several hundred basis points higher than that of 10-year US dollar debt," Lee added, saying the fund will emphasize risk control and look to rise above the weak global economy and growing number of defaulters.

The AIIB celebrates its third anniversary on Jan. 16 with 93 members, up from 57 at its establishment, the statement said, adding that the lender has invested over USD7.5 billion to date.

"All of our projects' financing has come from the USD20 billion paid-in capital," AIIB Vice President Joachim von Amsberg told Yicai Global. "Even without a fund shortage, we will still seek private sector financing and issue bonds that touch on sustainability issues. We have obtained the highest available credit ratings from three international agencies: Moody's, Fitch and Standard & Poor's."

The lender has total capital USD100 billion, the paid-up cash and a further USD80 billion in pending capital.