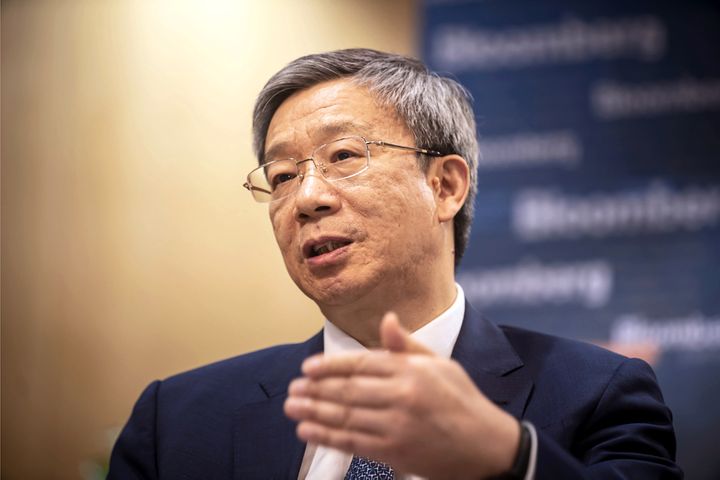 (Yicai Global) Aug. 27 -- People's Bank of China Governor Yi Gang has told the country's financial institutions to use the loan prime rate as the basis for new lending as soon as possible.

Yi addressed 24 major financial institutions at an LPR working conference yesterday in Beijing, Xinhua News Agency reported, citing a statement on the central bank's website. He also as asked them to remove an implicit floor in lending rates and cut loan rates further.

At the start of last week the PBOC set the first new market-oriented loan prime rates at 4.25 percent for one-year loans and 4.85 percent for five-year loans, as China looks to cut funding costs for the real economy.

Banks should use the rates as a primary reference when lending money, it said in a statement on Aug. 17. Firms offered rates out of line with these benchmarks from Aug. 20 should report the lender to official watchdogs and self-regulating industrial bodies, the PBOC added. The interest rates on existing loans are unaffected.

LPR-based new loans issued by national banks will be no less than 30 percent of the total as of the end of next month, PBOC's Shanghai branch told around 170 financial institutions at an earlier meeting. That ratio will go over 50 percent by the end of December and will be no less than 80 percent as of late next March next year, the Securities Times reported.

The US Federal Reserve may announce another interest rate cut on Sept. 19 before the next LPR quotation on Sept. 20, which may lead to a further decline in LPR quotations, a market player noted.