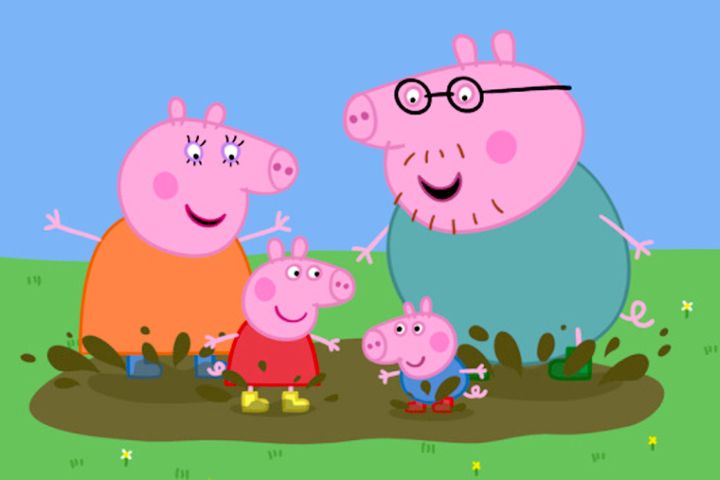 (Yicai Global) Sept. 14 -- Peppa Pig is facing the most serious threat of infringement since her emergence, which is inflicting significant damage to the revenue and reputation of the global brand.

The sheer number of infringing sales that victimize the popular global brand robs it of tens of millions of dollars in China alone, Niall Trainor, who leads the Brand Protection team at the Family & Brands division of Entertainment One UK, owner of the Peppa Pig and PJ Masks trademarks and copyrights, said in a July 22 interview with media.

Based in London and Shanghai, Trainor and his team have proactively tackled the issue and pursued infringers to keep control of their prime brands, he said.

Peppa Pig and PJ Masks have been translated into 40 different languages in more than 180 countries.

The cartoon Peppa Pig was born in 2004 and then broadcast in more than 100 regions around the world. It entered China in June 2015. It plays more than 10 billion times a year on state media CCTV, Youku, the country's largest video website and its arch-rival Iqiyi.

The rights to Peppa Pig have yielded the company nearly CNY9 billion in revenue worldwide. In the Chinese market, Entertainment One UK Ltd.'s authorized and merchandise sales revenue in China rose more than eight-fold per year in last year's second half, accompanied by accelerating trademark infringement, per the company's financial report.

Multiple character names, images, nicknames, logos and other forms from the Peppa Pig cartoon began to suffer from multiple bad faith registrations, covering almost all categories of licensed goods with the broadcast of the animation on CCTV in the second half of 2015.

Entertainment One and the police seized more than 13,000 counterfeit Peppa Pig products in Shantou in southern Guangdong province and arrested the infringers in January last year.

Clear signs were present that the tide was turning, but much more remained to do, Trainor said.

Peppa Pig is not the only one at the receiving end of bad faith trademark registrations. Trademark protection in Chin has been a serial nightmare for large companies.

China logged 5.75 million trademark applications last year, a rise of one-half over the same period the year before, data show. Online applications were 4.90 million, making up 85 percent of the total. The trickle of bogus applications among these has now swollen into a torrent that shows no sign of abating anytime soon.