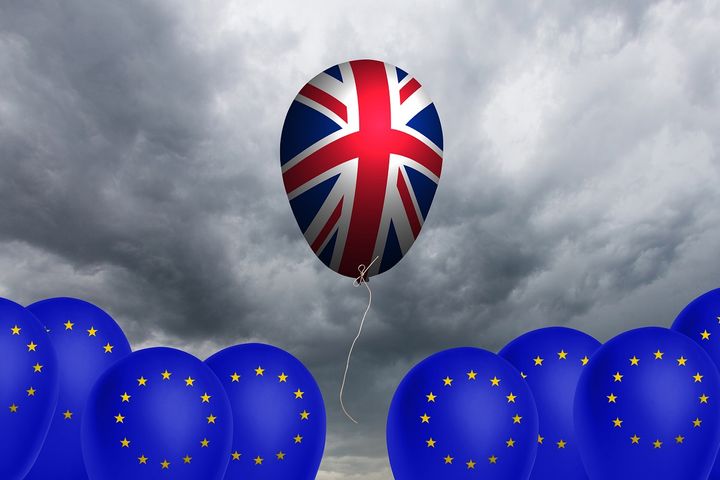 Populism, Brexit, and the Future of the EU

(Yicai Global) June 5 -- The vote of a majority of the British electorate to leave the European Union, June last year, was an exceptional move, on the one hand – and in line with a widespread historical shift, on the other hand.

It was exceptional in so far as no other EU member states seems to have any intention to follow the United Kingdom and leave the European Union. Even those who are among the most sceptical, who are most attached to their national "sovereignty" – like the East Central European countries – are not tempted to go their own way; they are convinced that the European Union adds substantially to their security and prosperity, in the face of an ambitious and (felt as) dangerous Russia. Their attachment to the EU is even reinforced by the dramatic change in the United States. Whereas Poland, e.g., did indeed count more on NATO than on the EU, in terms of security guarantee, over the last two and a half decades, the certainty that the United States would in any case come up for Poland's integrity, has faded away since Donald Trump has put into doubt the American commitment to his European allies. Downsizing the importance of NATO nearly automatically implies upgrading the European Union, in the eyes of East Central Europe. Southern European countries, still suffering (and for ten years, soon) from the financial and economic crisis, triggered in 2008 in the USA, maybe sceptical about the EU and critical about the prevailing strategy to combat the crisis (by means of austerity, more than investment), but they have no illusion about their dependence on being a member of the EU and the benefits they draw from this membership. At the heart of Europe, leaving the EU is no option at all. No, "Brexit" did not trigger any successor case, the UK has no European followers, and has not the potential to do so in the foreseeable future.

Furthermore, the United Kingdom has always been exceptional, to some extent, in comparison to continental European states, and "Brexit" may be seen as an extreme expression of this exceptionalism. When the six founding members launched the core policy project of European integration, the Common Market, in 1956, the British were associated to their negotiations; but the British representative, at a given moment, left these negotiations, saying to his colleagues: "You will never come to terms with your negotiations; if so, you will never implement your project; and if you do, you will never succeed." All the three expectations proved to be wrong, and six years later the UK asked for membership – but was vetoed by the French President Charles de Gaulle. Only in 1973, under an exceptionally Europe oriented (Tory) government, led by Edward Heath, could the UK join the European Communities. But nearly immediately they put their membership into doubt and hold a referendum on the question, in 1975, won by the then "stay" (member) movement. But the British never gave up their sceptical stance, fought for an exceptional "rebate" in budgetary terms, pushed "opt-outs" through in several policy fields (e.g. Monetary Union), where they were exempted from obligations shared by all other member states, obliged the others to conclude extra-Union treaties by blocking treaty change (like the ESM treaty and the "Fiscal Compact", aiming at financial discipline and solidarity under the constrains of the current crisis), and in general terms stayed the most difficult partner within the EU. No other member state has such a rich record of conflict and distance to the EU as the United Kingdom. That is really exceptional, and leaving the EU is then only one facet of this unrivalled role of the UK.

On the other hand, there are evolutions underlying the acute dramatization of that longstanding British exceptionalism, which are widespread, reach far beyond the United Kingdom and even beyond Europe. The British vote to leave the European Union must be seen in the context of the rise of populism, and was undoubtedly backed by an electoral campaign, which complied with all the criteria of populism: negative irrationalism, hate, fake news, etc. The UKIP (United Kingdom Independence) party is certainly part of the populist league, the British Prime Minister who launched the referendum, David Cameron, was inclined to cede to such temptations, and many observers hold that Theresa May, currently campaigning for a majority in the next elections, follows the same path.

With this shift to a populist political culture, the United Kingdom does definitely not stand alone. Even if there is no generally accredited definition of "populism", there is no doubt that some member states of the EU are lead by political parties or at least political leaders who comply with this approach. This is most obviously the case of Hungary (Orban), Poland (Kaczinsky/Szydlo) is not far behind, and leftist populist like Tsipras in Greece follow suit. In a number of other countries, populists threaten to take over, like in Austria, the Netherlands, Finland, Italy – and France just escaped (and not yet definitely) from this spectre, by electing an open-minded, Europe-oriented, democratic President, Macron, instead of the populist pretender, Marine Le Pen. All these populists have in common their hate against open borders, ethnic diversity, pluralism, compromise – i.e. democracy; all of them fight for mono-cultural identity, sovereignty in a nationalistic understanding – i.e. for a withdrawal of their country from European commitments (if not EU membership).

But as the UK is not a single case in terms of populism, Europe is neither: Similar shifts, with dramatic effects, occur all around Europe, in other democracies, and in "The West" on the whole. Around Europe: No doubt that the President of Turkey, Erdogan, and the President of Russia, Putin, are outstanding examples of populist leaders, relying on the mobilisation of negative irrationalism instead of deliberative arguments, on nationalism rather than on international cooperation or integration, pretending to be the only true representatives of the essence of their nation, instead of allowing for a plurality of social groups and interests to form a multi-facetted nation. But even Putin and Erdogan are no longer alone in their kind – the President of India, Modi, can easily compete with them in all fields, and, above all, as the most outstanding and breath-taking specimen, Donald Trump, President of a country, which pretended for more than half a century to lead the "Free World" by its example of an open society.

It is extremely difficult to explain this widespread temptation to overcome the liberal democracy, which only 25 years ago was hold for the winner of history, and indeed the final stage of human development (Fukuyama's hypothesis of the "End of History", 1992) – an illusion anyway, but the shift is not less dramatic. Some scholars find an up and down, an extension and roll-back of democracy over centuries, and simply state that we are, after the period of extension, which followed the end of the bipolar world, now in an era of roll-back – maybe, but stating the fact is not explaining it. Other hold that globalization gives a shiver to all those who may consider themselves as exposed to anonymous forces and search for shelter and identity. The "losers" of globalization may indeed be prone to become the followers of irrationalism, scepticism and hate against unknown enemies. A third explanation, similar and partly overlapping with the "globalisation loser" thesis, puts the finger on the deepening divide in Western societies between rich and poor, on the widening gap between winners and losers of a socio-economic setting where everybody is master of his own good luck, where inequality is rapidly spreading and solidarity eroding – in short, the degeneration of neo-liberalism to its extreme form, triggering centripetal forces tearing apart the society. No doubt that there is evidence for this explanation, too. But something goes beyond all rational explanations, and that is just the irrational dimension of populism: It is obviously against the rational interests of the British people to isolate themselves from Europe, Trump is obviously acceleration America's decline, despite his incessantly repeated formula of making "America great again", there is obviously no prosperity for an isolated country or society in an irreversibly globalised world. Is it possible to fully understand irrationalism – hate, most often! – by means of rational analysis …?

There may be a window of opportunity for France and Germany to break the vicious circle and reverse the tide: Germany, still rather calm and reliable, as a rational, liberal democracy, and France, with new hope put on a young, optimistic, open-minded President, may launch a mobilizing project for Europe. If they decide to try, they must free the European Union from its unfortunate role as an agent for the ungrateful side of market-oriented neo-liberalism, i.e. the role to enforce competition in all fields, allow therefore for individualism, which may degenerate into egoism – an evolution, which is on the way at the individual human, the collective economic, and the national level. Binding nations together with a political project, which is socially dividing, is bound to fail - political integration by means of social disintegration is a foredoomed enterprise. The EU must become the hearth of solidarity, of shelter and security. A federal government, constitutionally and substantially equipped with competences and fiscal capacities to bridge the gap between people and peoples, would allow for the hope that Europe will not have to go "To Hell and Back" – as the British historian Ian Kershaw summed up the first half of the 20th century.

Professor Hartmut Marhold is Research Director at Centre International de Formation Européenne (CIFE) and professor of history at University of Cologne, Germany. He is an expert on studying European Union Integration.