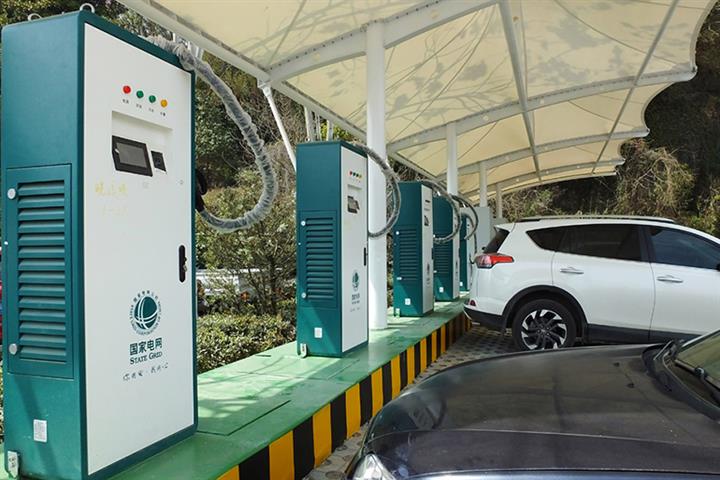 (Yicai Global) Aug. 19 -- The process of charging electric cars and swapping their batteries has been impeded by electricity rationing in Sichuan province and Chongqing in southwestern China, as drought caused by record high temperatures has cut hydropower generation in half.

Some charging piles and battery-swap stations in Chengdu, capital of Sichuan, have stopped operating, Yicai Global learned. New energy vehicle makers such as Nio, Tesla, and Xpeng Motors have all been affected.

The power load in Sichuan and Chongqing has broken records due to the ongoing heatwave. According to a power supply meeting held on Aug. 15, Sichuan is expected to increase the maximum load by a quarter over the same period of last year. Consequently, all industrial firms were told to halted production between Aug. 15 and 20 and local generators announced power rationing on Aug. 17.

Only two of Tesla’s 14 supercharging stations in Chengdu will remain open, the US electric vehicle maker said on Aug. 17. The rest will operate a limited service or temporarily close. Its stations in Chongqing will bring in some restrictions or shut down, Tesla added.

Xpeng car owners disclosed that they received notices from the automaker saying that some of its supercharging stations would be open only during some times of the day or would suspend operations.