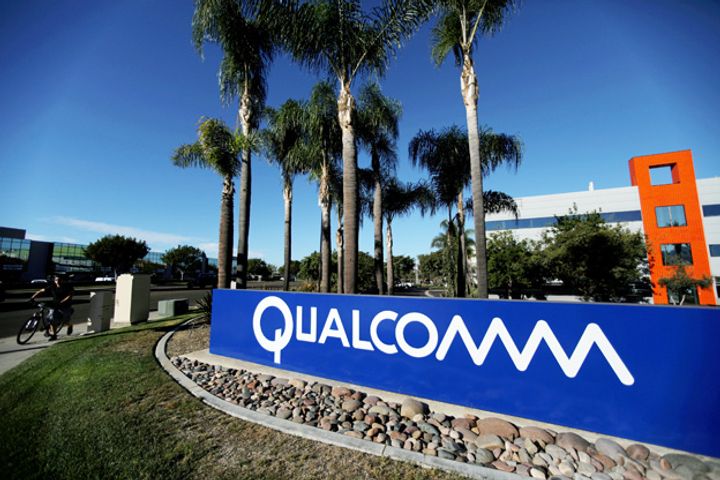 (Yicai Global) May 24 -- American chipmaker Qualcomm Inc. plans to set up an artificial intelligence research unit in Beijing in order to develop cutting-edge technology in the country, a move that could help curry favor as it looks to gain Chinese approval for a European merger.

Qualcomm is in the midst of trying to purchase European chipmaker NXP Semiconductors, and the research lab comes as ties between the United States and China seem to be simmering after the near-eruption of a full-scale trade war. The US is on the brink of lifting its seven-year ban on telecoms equipment maker ZTE Corp., which prevents the Chinese firm from buying American technology and was implemented on April 16.

China is the last major market to approve the Qualcomm-NXP deal, but it did approve a smaller US-China chip merger earlier this month after taking a break to express discontent with America, according to an article on crowd-sourced content platform Seeking Alpha. The minor step could pave the way for the American semiconductor giant.

The research Qualcomm has conducted has allowed it to create a number of business solutions for smartphones, cars and the Internet of Things, laying the groundwork to push terminal device intelligence into new industries, the statement added. The unit will engage with the research community through academic publications, technical conferences and cooperative projects.

Qualcomm has also unveiled its new Snapdragon 710 mobile processor, a mid- to high-end 10-nanometer chip that falls between its 600 and 800 series. The 710 marks the first of the firm's 700 series and features a multi-core AI engine and neural network processing abilities.