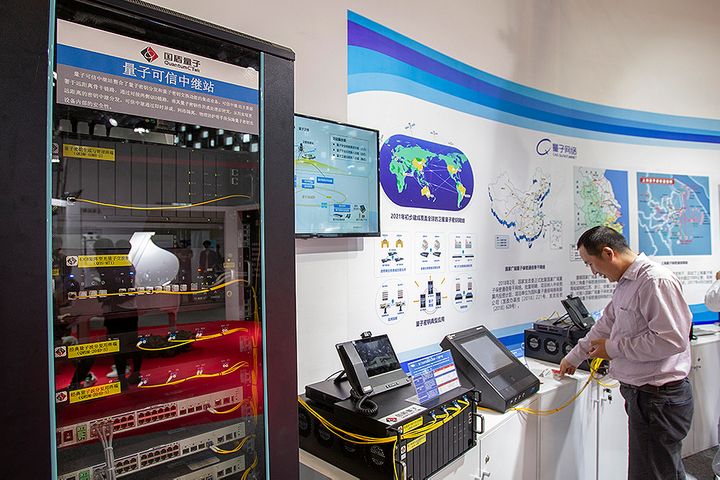 (Yicai Global) Nov. 14 -- QuantumCTek may become the first quantum communications company to get listed in China.

QuantumCTek got the green light to go public on Shanghai's Star Market, the Shanghai Stock Exchange said in a statement yesterday. The Star Market is the eastern city's new Nasdaq-style tech board.

The firm plans to raise CNY304 million (USD43.3 million) by issuing 20 million shares, the Hefei-based developer of quantum information products said in its prospectus. More than four-fifths of that will be used for a network equipment project and the rest to build a research & development center.

Founded in 2009, QuantumCTek has independent intellectual property rights on core quantum cryptography technologies and its clients include related network builders and system integrators, according to its prospectus.

China has been exploring long-distance quantum communications for many years. In 2016, a pioneering Pan Jianwei-led team sent the Micius satellite, named after an ancient Chinese philosopher, to space to help develop safer and more efficient ways of transmitting information. Pan, an academician of the Chinese Academy of Sciences, has an 11 percent stake in QuantumCTek.

However, the controlling equity holder of QuantumCTek is the asset management unit of Hefei's University of Science and Technology of China, a leader in the scientific field, holding an 18 percent stake.

QuantumCTek posted CNY295.6 million revenue and CNY32.4 million in net profit in the first three quarters of this year, its filing shows.