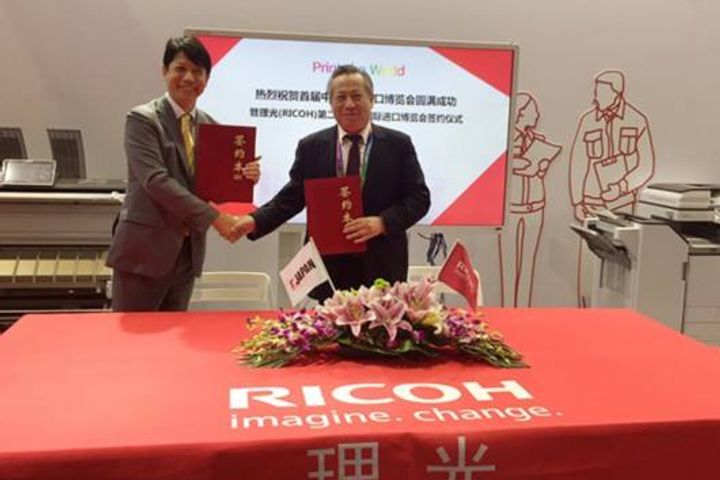 (Yicai Global) Nov. 10 -- Many firms at the China International Import Expo have already registered for next year's fair that is deemed to be larger in scale. A Japanese electronics firm has snatched the first ticket.

Ricoh is the first company to sign up for the CIIE 2019, state-backed The Paper reported Liu Fuxue, deputy director of the expo, as saying. The fair that is being held at the National Convention & Exhibition Center in Shanghai will end today.

Registration for the next CIIE, which will also be bigger in size, will officially start next July. In anticipation of that time, many exhibitors wished for bigger booths. Some who were located in a 36 square-meter area were hoping to go for five times that. The household appliance section will also be renamed as Quality Life area, said Lu Peng, an official in charge of that segment at the expo.

Exhibitors may find that China is committed to opening up and that the market has huge potential, said Liu, adding that many may also realize that they need to bring their best products and high-end technologies to compete.