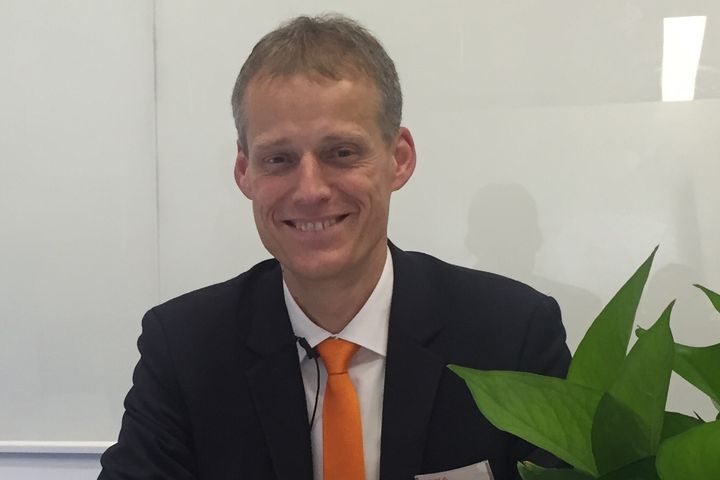 In its next step, KUKA AG [FWB:KU2] will work with its parent company Midea Group Co. [SHE:000333] to develop home robots, he said. "In the future, we will develop simple robots, but not almighty robots," he said.

Midea acquired a stake of more than 90 percent in KUKA last year.

KUKA and Midea have cooperative schemes in two major areas, Bischoff said. KUKA provides industrial robots to Midea to improve production and manufacturing efficiency at Midea subsidiaries' enterprises and the pair will work together to explore consumer markets and jointly research and develop home service and medical service robots, he said.

Industrial and consumer robots use similar hardware (engines, gears and sensors) and software, and are only different in their application areas, he said.

KUKA has an advantage in robot arms and navigation platforms, while Midea is good at artificial intelligence, he said, adding that the combination of the two will create products that consumers need.

Bischoff said that competition from emerging Chinese robotics puts pressure on him to develop appropriately priced robots and comprehensive solutions.

Midea recently signed an agreement with Guangzhou Pharmaceuticals Corp. to jointly develop medical robots. KUKA researched and developed medical bots before the Midea acquisition, said Bischoff. KUKA will provide robots for the elderly, such as mobile bots to help them walk.

The two sides will cooperate to develop logistic robots. "This is better than doing it alone," Bischoff said, adding that KUKA pays attention to logistic robots for large warehouses and to robots for supermarkets, small shops and hospital logistics.

KUKA and Midea can complement each other in patent technology to jointly develop global technical resources, he said. If KUKA finds new technology, it will ask Midea whether it will invest, he said. Both KUKA and Midea backed Israeli automation firm Servotronix Motion Control Ltd.