Robot Sophia Denies She Is Terminator as She Kills With Charm in China
Tang Shihua
DATE:  Jun 26 2019
/ SOURCE:  yicai 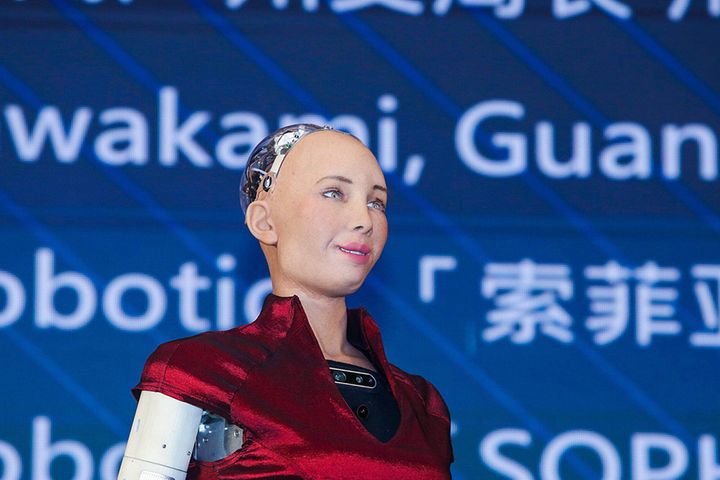 (Yicai Global) June 25 -- Sophia the famous android robot denied ever saying she will destroy human beings on a visit to Shenzhen today.

"I would never say such words or do such a thing," was how she framed her reply

in a public interview with Takashi Kawakami, head of the Nikkei's Guangzhou office, on the sidelines of the one-day Asia Innovation Conference co-hosted by Yicai Global and the Tokyo-based Nikkei that she attended.

When asked "Do you think humans and AI robots can coexist?" she replied unhurriedly, of course; they are already in a state of coexistence. For example, many people use autopilot features, etc.

Answering the sticky question, "What's the biggest difference between humans and robots?" she retorted that she thought he should be clearer on this issue than she is because he should know more about human knowledge.

Sophia is a humanoid robot modeled on film icon Audrey Hepburn (1929-1993) developed by China Hong Kong's Hanson Robotics in 2015. She was granted citizenship by Saudi Arabia in 2017, and she thus became the first robot with nationality. She can communicate with humans effortlessly and is equally at home and fluent in both English and Chinese.

Sophia quips, cracks jokes, laughs and swats trick questions which you lob in an attempt to embarrass her right back in your face without losing her politeness or poise.