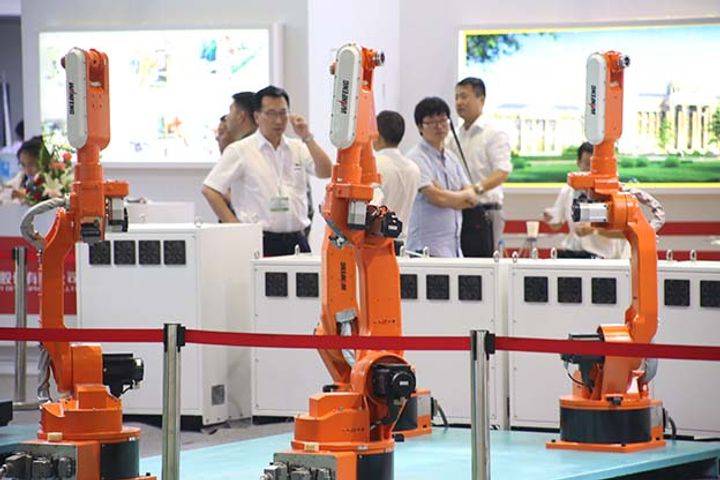 (Yicai Global) Dec. 1 -- Robotic automation could replace humans in up to 800 million jobs worldwide, equivalent to one-fifth of the global workforce, said a report from consulting firm McKinsey & Co.

The report's most conservative estimates on the rise of automation suggest that at least 375 million workers around the world may need to switch occupations and learn new skills due to automation, with both developing and developed countries affected.

The report, titled Jobs Lost, Jobs Gained: Workforce Transitions In A Time Of Automation, looked at 46 countries and more than 800 occupations globally.

With the quick adoption of automation in workplaces, machine operators, fast-food workers and back-office staff will be hit hardest as they will be replaced most easily by robots, the report said. Mortgage brokers, paralegals, accountants and clerks are also especially vulnerable to replacement through automation.

Banking is another field in which new automation technologies will be widely applied and about one-third of bank employees could lose their jobs, McKinsey said in an earlier report.

Jobs requiring human interaction such as doctors, lawyers, teachers and bartenders are less prone to automation, the report said. Lower-wage jobs are also less likely to be replaced by robots.

Lesser developed countries, with limited resources to develop automation will be affected less, meaning jobs in these countries will not be easily replaced by technologies. India will only see around 9 percent of jobs replaced by robots by 2030, the report said. This is partly due to the relatively modest development of the automation industry in the country and the fact that Indian labor is relatively cheap, given its population size, McKinsey noted.

One-third of workforces in the US and Germany may need to find new work in the era of automation, the report said.

Job displacement through the adoption of robotics does not mean widespread unemployment as new jobs will become available, though people will need to upgrade their skills to cope with the upcoming changes.

Changes in income and consumption levels, as well as the development and application of new technologies, will also lead to an increase in new jobs.

McKinsey estimated that global consumption could grow by USD23 trillion between 2015 and 2030, with the bulk coming from the consuming classes in emerging economies. Some 250 million to 280 million new jobs could be created as a result of rising incomes alone.

Spending on technology could grow by more than 50 percent between 2015 and 2030. Demand for jobs related to developing technologies may also increase, half of which would be related to information technology services. This trend could create 20 million to 50 million jobs globally by 2030, McKinsey estimated.