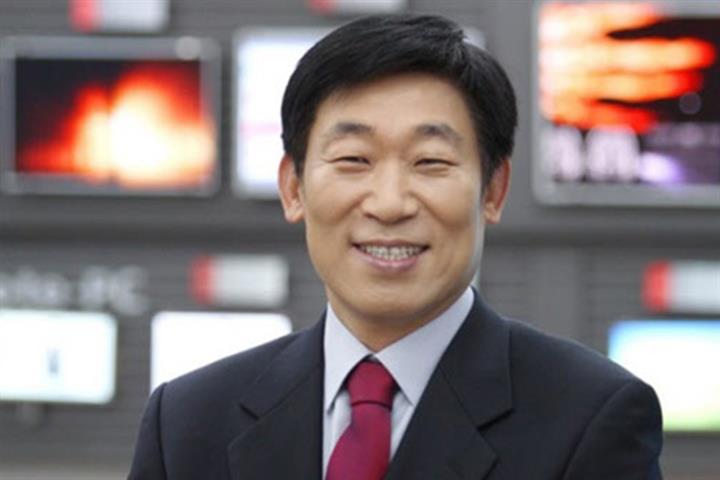 Speaking to Yicai Global today, Chang said his appointment had caused unnecessary problems for Eswin, Samsung and the Korean chip industry as a whole, so he hoped to clear up the situation through his resignation. He plans to continue to promote industry exchanges between China and South Korea.

Chang, 66, become the first senior executive from Samsung to join a Chinese firm when he moved to Beijing-based Eswin in February. He joined the semiconductor department of Samsung Electronics in 1981 and was involved in research and development for many years. He became head of Samsung China in 2011, and held the post until leaving in 2017.

During Chang’s tenure as China CEO, Samsung’s market share in the country for handsets, semiconductors and display panels all rose significantly, and he also maintained close ties with industry insiders, including Wang Dongsheng, founder of Chinese display giant Boe Technology Group, who is now Eswin’s chairman.

Chang previously said that he has been away from the R&D frontline for nearly 30 years when he joined Eswin, adding that he was no longer a master of Samsung’s core technologies. He also went through the so-called desensitization process, as mandated in his employment contract, so would not have been compromised. His decision still sparked controversy in South Korea, nonetheless.

Founded by Boe Technology Group in collaboration with a number of professional institutions in 2016, Eswin mainly focuses on the research and development of chips related to the display sector. Wang stepped down as Boe chairman last June and shifted his focus to leading Eswin.

Eswin announced earlier this month that it had completed a B-round of fundraising, securing investment worth more than CNY2 billion (USD282 million).