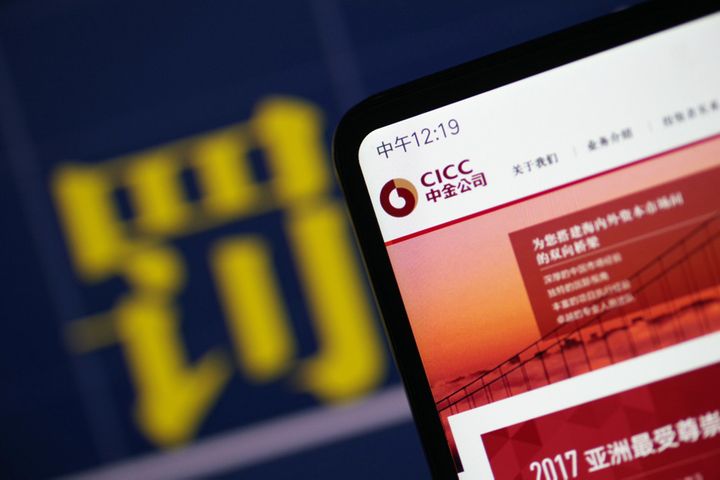 Sci-Tech Board Issues Its First Penalty

(Yicai Global) July 5 -- Securities behemoth China International Capital Corp. has become the first recipient of a citation from China's securities regulator for a technology and innovation board matter.

The brokerage is charged with unauthorized alteration of the application materials for issuer registration, China Securities Regulatory Commission announced on its website yesterday.

As the sponsor, when applying for the initial public offering of Beijing Traffic Control Technology with the Shanghai Stock Exchange Star Market -- as it is officially called -- CICC altered documents without the consent of the SSE, the CSRC said, adding the occurrence of this infraction reflects the existence of weak segments in CICC's internal governance, and it thus ordered the agency to rectify these and submit a report detailing the circumstances of this rectification within 30 days of receipt of the warning letter.

Whether Beijing Traffic Control Technology's IPO will be impacted by this action is still unknown.

The persons responsible for the IPO are Wan Jiuqing and Mo Pengyu. They submitted an updated prospectus and reply to an inquiry letter from the CSRC to the Shanghai Stock Exchange, and altered business figures, management analysis data and other contents of the prospectus, and changed the contents of the reply to the Shanghai Stock Exchange inquiry letter on April 28, for which the bourse censured them.

The two are both CIIC mainstays and both have long-term work experience in investment banking. Wan has been active in the field for over 15 years. He qualified as a sponsor on Sept. 19, 2017 and has taken part in many IPOs, including those of Shandong Polymer Biochemicals, Zhejiang IDC Fluid Control (now listed as Shentong Express), Changzheng Engineering, the convertible bond project of Hengfeng Paper, and the private offerings of Huadong Electronics Group.

Mo also made the cut as a sponsor, on May 18, 2017. He has led and participated in IPO, refinancing and merger and acquisition projects at home and abroad in the fields of consumer products, energy conservation and environmental protection, new energy, internet, rail transport, chemical energy, medical equipment, intelligent hardware and other areas. Mo was also the executive general manager of the investment banking department of CICC, and Wan was the deputy general manager of its investment banking department last year.

Formed in December 2009, Traffic Control Technology is the first Chinese high-tech company to master the core technology of its own communications-based train control signal system. The company is committed to building a train operation and a product system that meets the three areas of both high-speed and urban rail, it said on its official site.

CBTC is a signaling system that uses telecommunications between trains and tracks to manage traffic and control infrastructure. CBTC pinpoints the precise position of a train better than traditional methods, resulting in more efficient and safer rail traffic management.