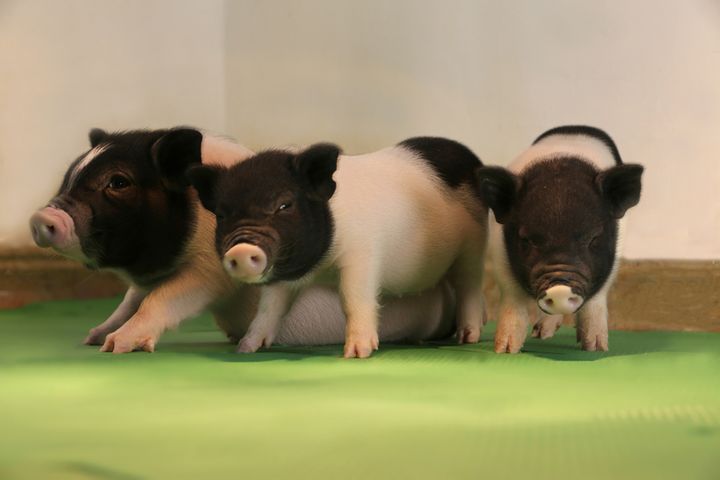 (Yicai Global) Dec. 15 -- A group of researchers have created 'non-toxic' pigs for organ transplants, which could bring hope to millions transplant list patients around the world.

The creation of the cloned piglets is a groundbreaking discovery, said Harvard Professor George Church, adding that clinical trials of xenotransplantation, or cross-species transplants, could become a reality in two years. US-based life science company Egenesis Inc. believes pig-to-human transplants could be a reality by 2020.

Every year, more than two million people in the world need organs, but there aren't even near enough donors. The shortage has worsened amid global population aging and a rise in the incidence of chronic diseases.

A research team led Egenesis published the findings in Science Magazine, declaring that Prof. Wei Hongjiang (Yunnan Agricultural University), Dr. Yang Luhan (Egenesis) and Prof. George Church had successfully created the first non-toxic pigs, which have had their porcine endogenous retroviruses (a type of DNA sequences) removed through genetic engineering, at a laboratory in the Chinese university.

Humans domesticated pigs around 10,000 years ago. They have lived through Millenniums with mankind and developed physiological signs, metabolic systems and genes very similar to those of humans. They also have similar-sized organs which carry out the same functions. Pig kidneys, hearts, livers, islet cells, skin, cornea and other organs and tissues are ideal for xenotransplantation into humans.

Pigs also have high reproduction rates, and pig-to-human transplants should not provoke serious ethical controversies, making it an ideal animal to combat the limited supply of human organs. However, rejection and safety issues associated with endogenous retroviruses found in pigs have impeded the process for many years. Scientists carried out experiments in the 1990s, but found that human immune systems reject the organs and transplants could lead to infection.

The porcine endogenous retrovirus is found in the 25 million-year-old pig genome. Previous studies indicate that transplanting pig organs into humans may activate the virus and infect other cells, which has proved a major hurdle in cross-species transplant research. The retroviruses pose a potential health risk to humans, transplanting pig organs into people could create new diseases, warned Yang Luhan, chief scientist at Egenesis.

As a result, the World Health Organization and US government banned all clinical experiments involving xenotransplantation until a solution is found.