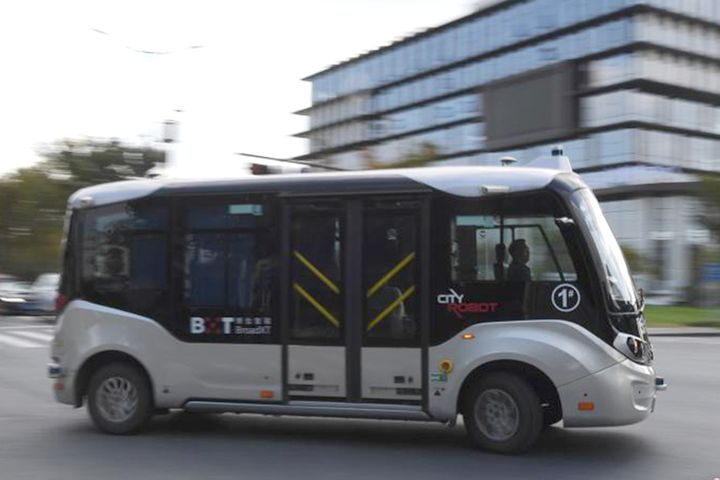 Developed by Hangzhou-based BroadXT, the buses can seat eight passengers and have an autonomous driving level of T4, the second-highest difficulty level for driverless vehicles. Regulations still require that a driver is present, but does not need to interfere with the vehicle's operation.

Using fifth-generation mobile network technologies, the minibuses can react to complex traffic conditions in 100 milliseconds, far quicker than human reaction times of between 300 and 400 milliseconds.

Over 30 smart sensors allow the bus to sense pedestrians, motor vehicles and other obstacles within 200 meters and to quickly respond by dodging, changing lanes, slowing or braking. The bus is also able to determine nearby traffic conditions through smart cloud technology and choose the most suitable route.

At the conference, 23 participants, including e-commerce giant Alibaba Group Holding as well as the elite Zhejiang and Tongji universities, set up a collaborative alliance to promote the commercialization of a smart connected transport system as well as regional integration in the Yangtze River Delta Region.