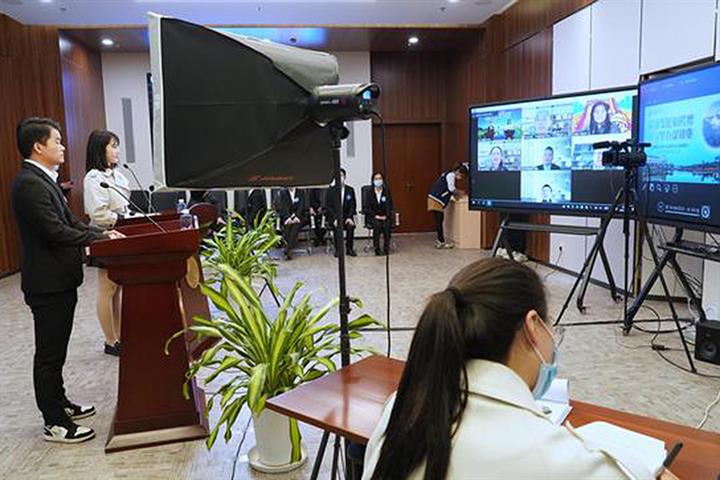 (Yicai Global) May 25 -- Companies backed by Shanghai’s municipal and district governments have been asked to take on more fresh graduates from local colleges and universities this year to help support employment in the pandemic-hit city.

State-owned enterprises in Shanghai will reserve at least half of the job positions in their annual recruitment plans for new graduates in the city, according to a joint document issued by local authorities on May 22, Yicai Global learned. Central government SOEs in Shanghai are also encouraged to expand their local hiring plans.

To encourage local SOEs to employe more college leavers, the city government promised to boost their annual salaries budget for new hires and judge senior manager’s efforts in this regard in annual their performance reviews.

The local SOEs are called on to create as many new jobs as possible to accommodate fresh talent such as front-line Covid-19 prevention positions and more internships, the document said.

Some 227,000 students are set to graduate from Shanghai’s colleges and universities this year, 20,000 more than last year in the biggest annual increase in more than half a decade. At the same time, the city’s economy has been hit very hard by almost two months of strict Covid-19 restrictions.

Just 36.5 percent of the soon-to-graduate students had secured job offers as of May 6, down from 46.5 percent two years earlier but up from 30 percent a year ago, according to government data.

China will have nearly 10.8 million fresh college graduates this year, exceeding the 10 million mark for the first time, according to education ministry statistics.