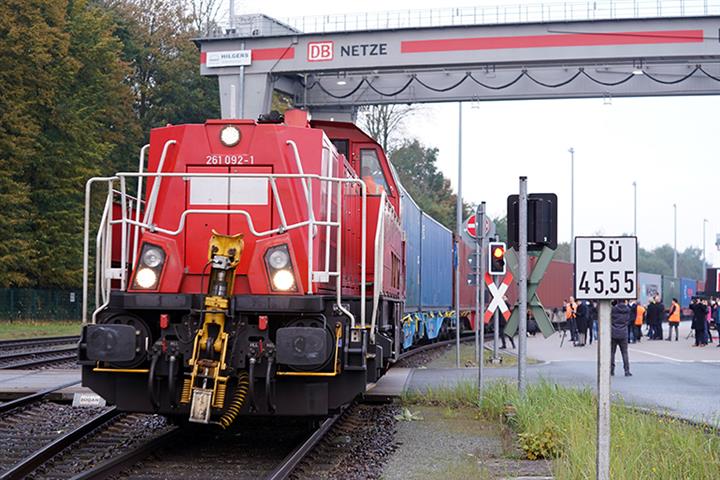 (Yicai Global) March 15 -- The number of cargo trains travelling along the Shanghai Express railway, which runs from Shanghai on the eastern coast of China to Hamburg in Germany through Russia, has halved since the Russia-Ukraine conflict began as European freight forwarding agents boycott the route, the Shanghai Observer reported.

There has been a 40 percent drop in cargo shipments along the Shanghai Express line, which is operated by China Railway Express, since the unrest broke out and the number of trains travelling the route have halved, the report said.

Many European freight forwarding agents, who normally account for over half of the freight transported on the line, have said on their own initiative or due to government pressure that they will no longer do business with the China Railway Express, which runs several cargo train routes between Asia and Europe, all of which traverse Russia, said Yang Jie, coordinator of international affairs at the China Communications and Transportation Association.

Chinese exporters are also adopting a wait-and-see attitude, he said. Yet the conflict does not directly affect the Shanghai Express route, which passes through Kazahkstan, Russia, Belarus and Poland, and the cargo is safe, he added.

Since the Shanghai Express began operating in September last year, it has proved very popular with exporters based in Shanghai and the neighboring Yangtze River Delta Region. In January, its timetable of one train a week was extended to March, although many businesses said at the time that this was not enough.