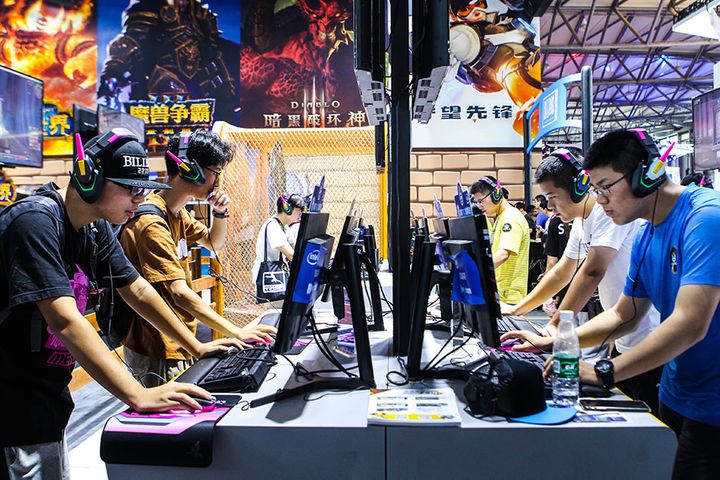 (Yicai Global) Aug. 28 -- Shanghai is the best place in China, even in East Asia, to host top-level e-sports tournaments such as The International 2019, or T19, because of special policies that will hasten the sector's development and maturity, one of the event's organizers told Yicai Global.

The east coast city is suited to e-sports competitions, judging from both the number of fans that thronged T19 and the venues chosen, Xiao Hong, CEO of Perfect World Co. Ltd, said in a recent interview. Such factors are favorable to the sector's rapid growth, he said.

After six days of competition, T19, the ninth iteration of the Dota 2 world championship, ended in Shanghai on Aug. 25. Talking about the reasons for selecting Shanghai as host city, Xiao said the local government has been supporting the cultural sector and helping e-sports develop by tagging it as an important future industry.

The sector has developed rapidly in China in recent years. In the first half of 2019, revenue surged almost 23 percent to CNY51.3 billion (USD7.16 billion). The market was worth just CNY4.4 billion in 2010.

Shanghai has vowed to spare no effort in turning itself into the world's e-sports capital in three to five years. The metropolis recently said it would grant as much as CNY5 million (USD699,737) to each e-sports-related firm that lists on the Shanghai Stock Exchange's main board or its Nasdaq-style Star market and offers up to CNY2 million to lure top gaming clubs, game live-streamers and broadcasters and firms managing and operating e-sports competitions in the city's Pudong district.

With many years of experience in the gaming field, Perfect World has also set up an e-sports platform company in Shanghai, Xiao said. "We've noticed that e-sports, although it originated in gaming, has begun to break away from games and gradually grow into an independent field," he said.

Headquartered in Beijing, Perfect World will also further strengthen its nurturing of e-sports talents in addition to spurring the sector's growth through its regional and environmental advantages, Xiao said.

As of the end of last year, there were only 71,000 people involved in the Chinese e-sports sector. Just 26 percent of jobs were filled and nearly 150,000 were vacant, according to a report on talent development in the sector. Perfect World got into e-sports tutoring five years ago and Xiao believes that its program has entered a mature stage.

"We've penned cooperation deals with many different domestic and overseas universities, and vocational schools to boost the e-sports sector's future by cultivating talents needed at all stages," he said. "We're also seeking international collaboration and actively looking for positioning that covers both the up- and downstream of the entire industry chain."

In addition, the games studio will systematically train talent through curriculum development and group internships, so that those with potential can gain a deeper understanding of the sector.

"There'll be huge potential and opportunities in the e-sports sector in the future, with education as the main development point," Xiao said. "We'll become one of its very important driving forces."