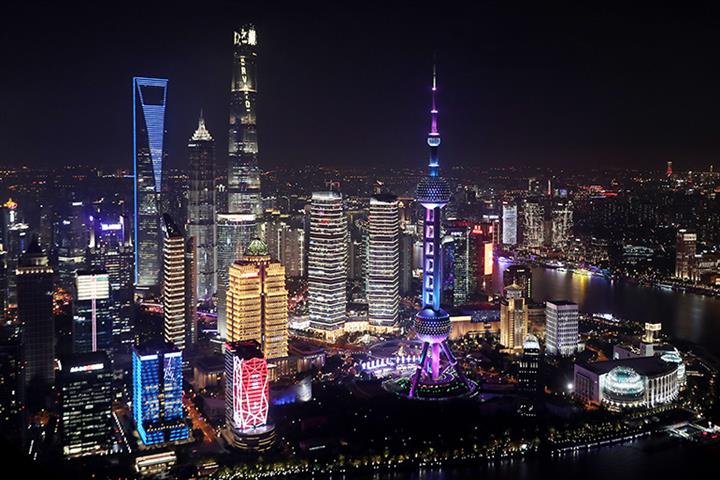 (Yicai Global) Nov. 10 -- Pudong New Area, located on the east bank of the Huangpu river as it passes through Shanghai, has undergone tremendous changes over the past 30 years, spurred by China’s opening-up policies.

A new economic system featuring a higher level of opening-up will take shape during the 14th Five-Year Plan, covering 2021 to 2025, according to China’s recently issued new economic growth strategy. Since it is at the forefront of the country’s opening-up, Pudong must take the lead in promoting a deeper and a stronger all-round high-level opening-up that influences a wider range of sectors.

“The best memorial to history is creating new history,” Shanghai’s Party Committee Secretary Li Qiang wrote in an article published in the People’s Daily in April.

Guided by the development ideology of globalization, Pudong was the first place in China to have a bonded area, an export processing zone, a foreign-funded bank, an overseas-backed insurance company, a wholly foreign-owned automaker and a hospital entirely owned and funded by overseas investment.

Thanks to its development and opening-up, Pudong district’s multiple gauges have increased hundreds of times over the past 30 years.

Accounting for just 0.0125 percent of China’s total land area, Pudong accounted for one-80th of the country’s GDP and one-15th of its international trade. Pudong’s sea port is linked to more than 600 harbors worldwide and Shanghai Pudong International Airport has formed 132 global transport links with 45 countries and regions, with the hub’s freight and parcel throughput ranking third in the world for 12 consecutive years. And the number of persons entering and exiting China via this port has been the most nationwide for 17 years in a row.

“Pudong is a window for the world’s nations to know about China and Shanghai and also a window for them to witness China’s opening up,” Quan Heng, party secretary of the Shanghai Federation of Social Science Associations and its full-time vice chairman, told Yicai Global, adding that from the opening of commodity markets and the factor market to the establishment of institutions and systems linked to international rules, Pudong has played an important role.

During the 14th Five-Year Plan, China will accelerate the formation of a new growth pattern where dual circulation -- at home and abroad -- is mutually beneficial and large domestic circulation takes a predominant role. Pudong is expected to take a leading role in this brand-new mission.

The area, which already has a good foundation, can become a hub and channel to connect both domestic and international dual circulation, in order to play its role as a strategic link in Shanghai’s and even China’s new growth patterns, Quan noted.

At present, Pudong is accelerating the development of the headquarters economy with a higher energy level, and sparing no effort to seize the high-end and core status amid a new round of adjustments to industry chains and supply chain layouts, thereby enhancing its global resource allocation capacity.

Paris-based industrial software giant Dassault Systemes, the world’s largest supplier of industrial software, moved its Asia-Pacific headquarters to Pudong from Japan this year. It will also set up a life sciences and smart manufacturing innovation center in Pudong. Volvo Construction Equipment, the world’s third-largest maker of building gear, also relocated its Asia-Pacific base to Pudong from Singapore this year.

“An important way to develop the headquarters economy is to carry out institutional innovation according to the needs of headquarters development, and to break bottlenecks that restrict a company headquarters’ allocation of global capital, information, technologies, services, goods, talents and other factors,” said Hang Yingwei, deputy secretary-general of the Shanghai municipal government and head of Pudong New Area.

At present, the total number of regional headquarters of multinational corporations in Pudong has reached 350, accounting for 46.2 percent of Shanghai’s total. These have become significant vehicles for Pudong to fully exploit its potential in being the dual-circulation strategic link.