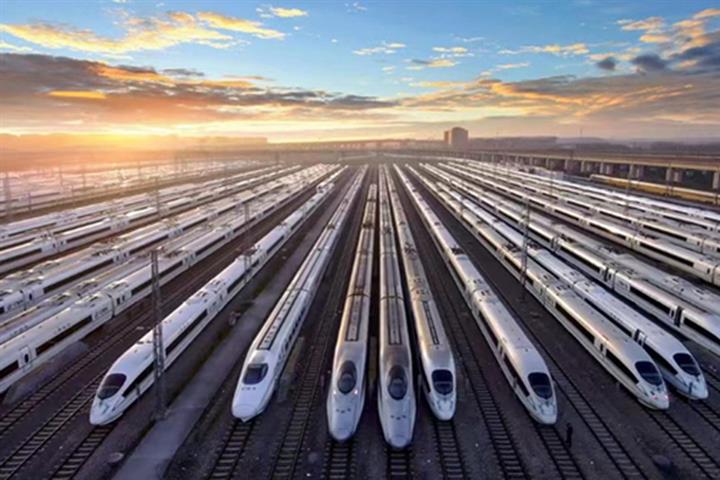 (Yicai Global) May 18 -- Shanghai resumed operations along an additional eight train routes today, bringing the total to 20, to meet growing passenger demand in the region as travel restrictions are relaxed as the Covid-19 outbreak comes under control.

Railway departments in the Yangtze River Delta, which encompasses Shanghai and neighboring areas, have restored train operations to popular destinations, including one route from Shanghai’s Hongqiao railway station to Ningbo in eastern Zhejiang province, the Shanghai Railway Bureau said.

When the latest Covid-19 flare-up began in March, Shanghai slashed the number of passenger trains to 12. They carried an average passenger load of 6,000 people a day, a fraction of last year’s transport volumes when some 583 trains left the city each day, transporting 236,000 passengers.

As of the end of last year, the Yangtze River Delta had over 13,000 kilometers of railway lines, half of which are for bullet trains, said Xu Ruihua, professor at Tongji University's College of Transportation Engineering.