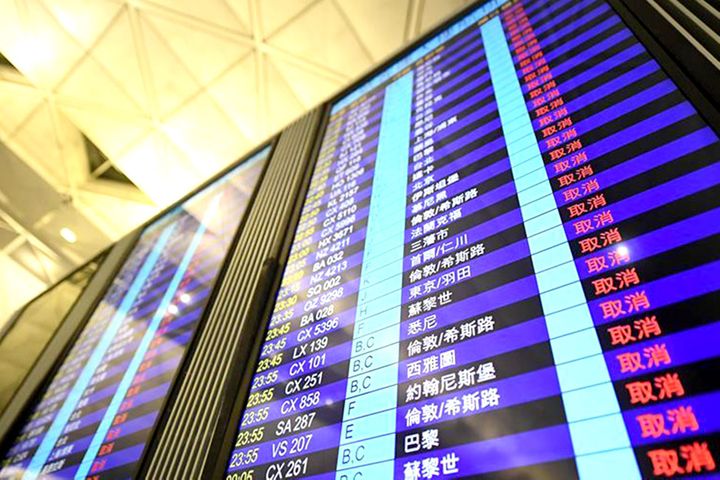 (Yicai Global) Aug. 13 -- Shares in southern Chinese airports have surged today after  Hong Kong International Airport shut down yesterday and led to the cancellation of over 300 flights.

Air China has cancelled another 13 flights to and from Hong Kong today and China Eastern has canceled six, with both carriers offering to send passengers on to either Guangzhou, Shenzhen, Zhuhai or Macao, or put them on later flights to Hong Kong.

That comes after the Civil Aviation Administration of China said last night that in order to ensure normal travel between Hong Kong and the Chinese mainland it would increase airport capacity, do a better job of refunding and renewing tickets and improve the transit capacity in the Guangdong-Hong Kong-Macao Greater Bay Area. Travelers heading to Hong Kong in the near future can then head to Guangzhou, Shenzhen, Zhuhai or Macao instead, while those on long haul flights out of Hong Kong can transfer in Guangzhou or Shenzhen.