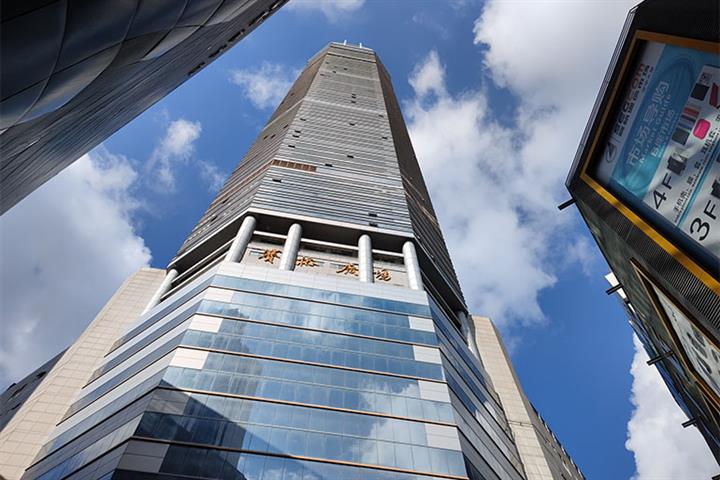 (Yicai Global) July 15 -- Masts on the roof of Shenzhen’s Seg Plaza skyscraper will be removed after two months of investigations revealed damaged poles to be the cause of the unexplained vibrating that led to the 355.8-meter-high building being closed for checks in May, the municipal government said today.

The masts, which serve to protect the skyscraper from lightening and as a navigation marker, have cumulative damage after over 20 years of use, causing them to resonate under certain wind conditions, a source from the Shenzhen Housing and Construction Bureau said. The removal of the posts will effectively solve the trembling problem, he added.

Office workers were filmed fleeing Seg Plaza on May 18, when the building started to vibrate strongly. There was no sign of an earthquake, but the wind was strong, reaching Grade-5 on the Beaufort scale. The tremors continued the next few days, forcing all businesses to move out.

It is safe to continue to use the building as the main structure is safe, the experts said.

It will take around 32 days to bring down the masts, carry out repair work and arrange alternate structures on the roof to provide lightening protection and service as a marker, the government said. Meanwhile, the Futian district government will continue to provide temporary office space for the affected businesses.

Seg Plaza, which is located in the heart of the country’s biggest electronics markets, was built in 1999 and remains the world’s tallest building made from concrete-filled steel tubular columns.