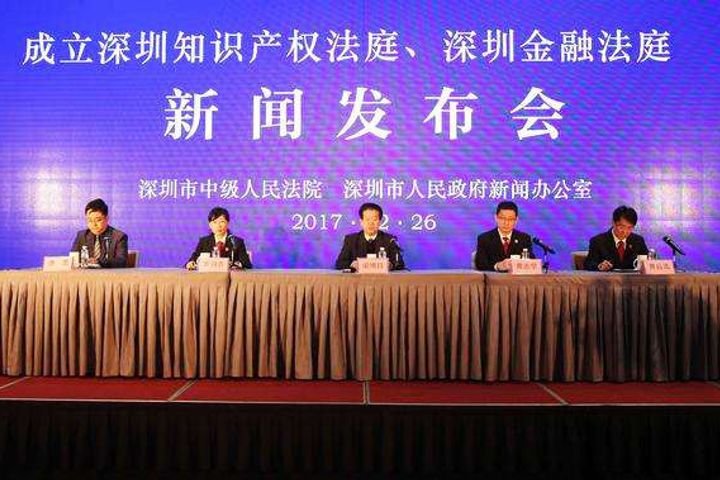 (Yicai Global) Dec. 27 -- Two new courts approved by China's Supreme People's Court formally opened in Shenzhen, the southern Guangdong province. They will be responsible for hearing respectively intellectual property right related and financial cases, which were formerly handled by the city's intermediate court. The two new courts are expected to lessen the burden over the intermediate court.

Officially designated as a financial innovation center, Shenzhen is one of the first IPR protection pilot cities in China, the state-run People's Daily reported. The number of IPR dispute cases processed by the local intermediate court jumped by 63.2 percent to 14,887 last year, accounting for half of the total number in Guangdong province and 10 percent of the national total. The total number of financial disputes doubled and hit 12,607.

The rising number of cases has overburdened the intermediate court and necessitated the opening of the two new courts.