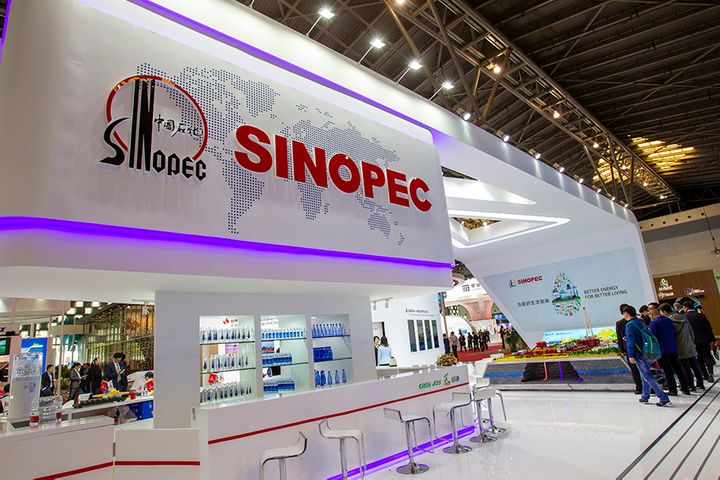 (Yicai Global) July 11 -- China Petroleum & Chemical, also known as Sinopec, has retained its position as the top firm on China's Fortune 500 list while the total revenue of the group of companies hit a historic high, even if their profit growth slowed.

Sinopec made CNY2.9 trillion (USD422 billion) in operating income, while PetroChina held onto its second spot with CNY2.4 trillion, and China State Construction Engineering retained its third spot with CNY1.2 trillion, according to the New York-based business magazine's 2019 ranking of Chinese listed companies. Ping An Insurance rose one spot from the previous year to fourth place.

The top 500 firms made CNY45.4 trillion in total in revenue, an increase of 15 percent from the previous year. Last year, China's gross domestic product exceeded CNY90 trillion for the first time, meaning that the combined revenues of this group equaled more than one half the GDP.

The net profit growth of participants on the list dropped 20 percentage points to 4.2 percent from last year, partly explained by trade frictions with the US and downward pressures on the global economy.

Handset and smart device maker Xiaomi was the biggest riser among the 42 newcomers or returnees on the list, ranking 53rd with CNY174.9 billion in revenue.

China's two rivaling tech giants climbed on the list. Alibaba Group Holding jumped to be 24th instead of its earlier 35th place. Tencent Holdings rose to be No. 27 instead of No. 33. These two companies' tallies equaled 2 percent of the top 500 firms' revenues, leaving room for other e-commerce companies as the sector's operating incomes made up nearly one-quarter the total.

China Mobile Communications, one of the three major phone operators, was the most profitable of the companies despite its general ranking as No. 8 in terms of revenue. The profits of the top 10 equaled 40 percent of the group of 500.

The least profitable company was lifestyle application developer Meituan-Dianping, with a loss of nearly CNY115.5 billion, appearing on the list for the first time.