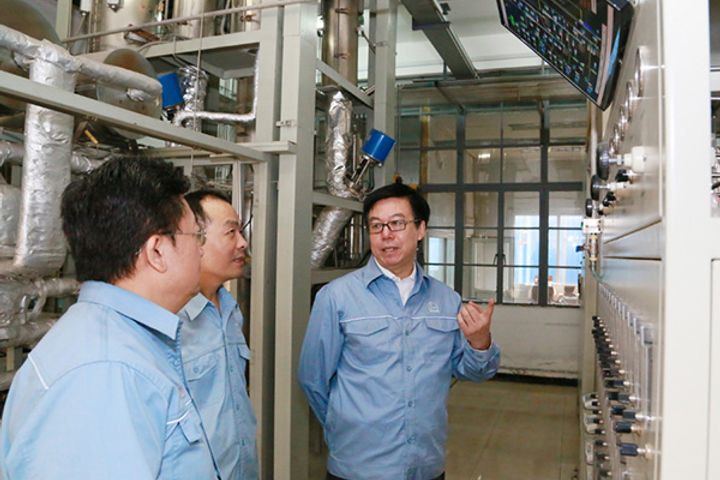 (Yicai Global) Jan. 9 -- A methanol-to-olefin, referred to as MTO, technology developed by China Petroleum & Chemical Corporation, better known as Sinopec, won the first prize of the National Science and Technology Progress Award. It marks Sinopec's edge in this technology, while raising hopes that China could produce oil from coal if it achieves further advances in MTO conversion technology.

The award has been announced during the National Science and Technology Award Conference held in Beijing yesterday. The project, dubbed 'high efficiency methanol-to-olefin technology process', was led by Xie Zaiku, head of the petrochemical technology department at Sinopec. Xie was elected as a member of the Chinese Academy of Sciences last year.

The technology has gone through continuous innovations over the last decade. Some 260 Chinese patents and 23 international ones have been granted for MTO conversion, making China the first country to acquire the conversion capability. The new technology has already been commercialized, resulting in additional output of CNY5.94 billion (USD913 million) at Sinopec over the past three years.

Olefins are unsaturated hydrocarbons containing carbon-carbon double bonds. They are used to produce polyolefins and plastics with wide applications in a diverse range of consumer goods products.

Petroleum is the raw material to make olefins. China has abundant coal resources, but oil and natural gas resources are relatively rare. The country's reliance on imported oil was as high as over 65 percent in 2016, so China is trying to minimize the reliance by developing clean coal technology.

'Coal-to-olefin' is a process in which methanol synthesized from coal is used to extract olefins such as ethylene and propylene. As the last stage of the coal-syngas-methanol-olefin process, methanol-to-olefin has remained a technical bottleneck that has stalled the development of the petrochemical industry for over a decade, and all the other technologies have been fully developed, pointed out Yang Weimin, president of Shanghai Petrochemical Research Institute, an affiliate of Sinopec. This means that once the last bottleneck is solved, China will be able to produce oil from coal and thus reduce its reliance on oil imports.