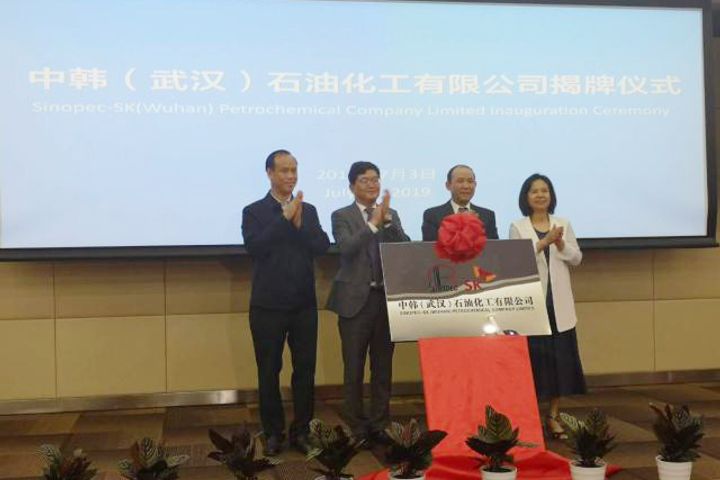 Sinopec-SK paid Sinopec about KRW2.2 trillion (USD1.9 billion) for the refinery in a deal inked in April. Sinopec holds a 65 percent stake in the project and SK holds 35 percent of the equity.

SK Global Chemical and Beijing's Sinopec set up Sinopec-SK in 2013 to produce ethylene with an annual capacity of 800,000 tons. The JV posted over CNY10 billion (USD1.5 billion) in net profit late last year. In 2017, the firm started eyeing expansion in the areas of oil refining and chemicals.

The Wuhan refinery kicked off in 1977. The unit has processed more than 135 million tons of crude oil over the past 41 years. Last year, it achieved CNY42.6 billion (USD6.2 billion) in revenue and CNY10.5 billion in net income attributable to the parent.