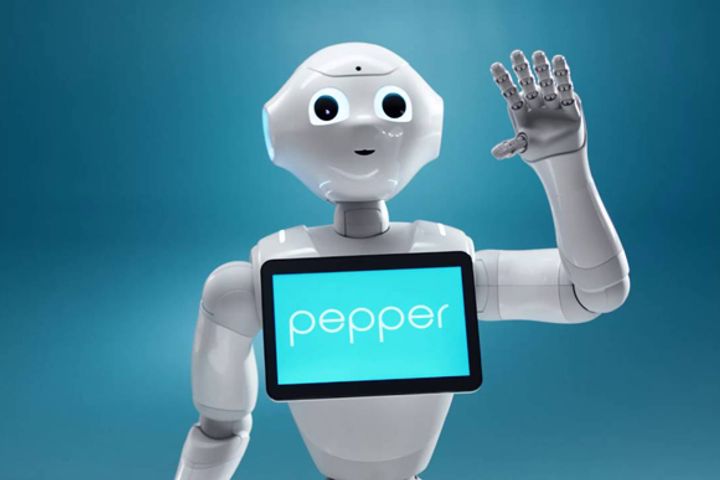 (Yicai Global) March 7 -- Haier Group Corp. has agreed a deal to add SoftBank Robotics Corp.'s humanoid robots to the workforce at the Chinese home appliance maker's smart product stores, with a view to making the new 'employee' an integral part of its ecosystem.

Named Pepper, the mechanical assistant will introduce products to customers and provide guidance on their use, while also collecting feedback, according to news site Tencent Technology.

Tokyo-based SoftBank introduced Pepper, made by contract manufacturer Hon Hai Precision Industry Co., at its mobile phone stores in 2014. They cost JPY198,000 (USD1,865) each, plus an additional fee for cloud services. SoftBank revealed plans to roll out the robot in China in 2016, equipped with Alibaba Group Holding Ltd.'s YunOS system. At that time, its intended sales channel was a joint venture, Alibaba Robot Corp.

Research suggests that more jobs could be lost in the retail sector than in any other in the years to come. China already uses vast numbers of industrial robots in manufacturing, while unmanned convenience stores are popping up across the country.