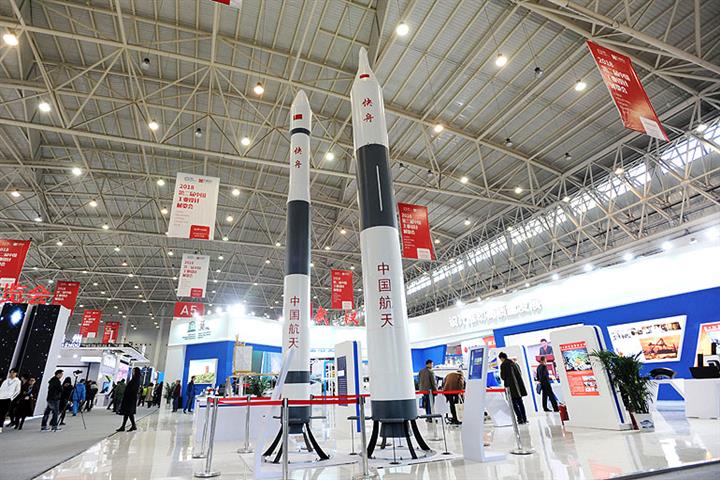 (Yicai Global) April 29 -- The Kuaizhou Rocket Complex at the Wuhan National Space Industry Base will go into operation next month.

The new compound in the capital of central China's coronavirus-hit Hubei province will be able to assemble and test 20 solid-propellant carrier rockets per year, its developer Beijing-based China Aerospace Science and Industry Corp. said on its official account on popular WeChat messaging app yesterday.

The first-phase digital production line has substantially completed equipment installation and is expected to be inspected for acceptance next month. Auxiliary workshops are likely to be ready for use by year's end.

The facility is the first project at the Wuhan National Space Industry Base, and its first phase covers more than 300,000 square meters, which will mainly be used to assemble and test Kuaizhou solid-propellant carrier rockets, Yicai Global has learned from those in the know.

The Wuhan National Space Industry Base is China's first commercial space industry base.