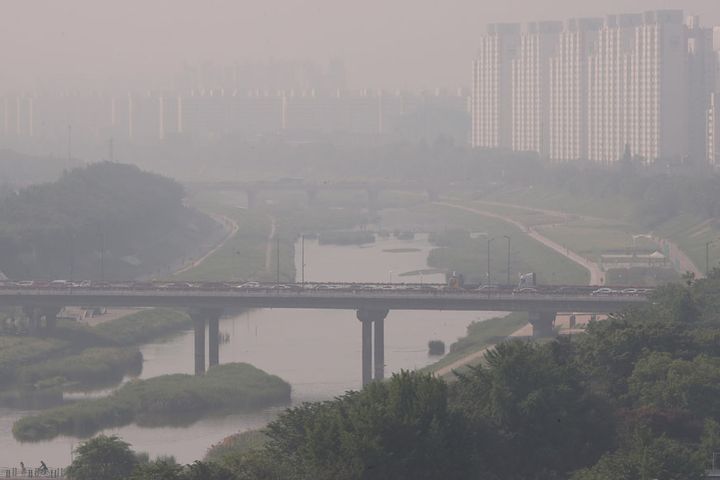 (Yicai Global) June 12 -- A  South Korean smog think tank has requested the nation's government to  fight a common notion which maintains that most of the country's air  pollution originates from China.

The South Korean  government should provide the nation's citizens with correct information  based on scientific statistics in order to avoid misunderstandings,  Global Times reported, citing a report from the National Climate and  Environment Conference on Smog Treatment.

Air pollutants from China  account for a number between 20 percent and 50 percent of South Korea's  PM2.5 volume instead of the 83 percent that many South Koreans believe,  the report added. Domestic power generation methods and emissions from  diesel engines are other major causes of haze.

The administration could learn from China's experience of smog treatment and enhance cooperation with northeastern Asian countries, the agency added.

Pollutants from various  countries travel and mix so securing air quality requires joint efforts,  Wang Gengchen, a researcher at the Institute of Atmospheric Physics  under the Chinese Academy of Sciences, told Global Times. Fine dust may  also drift from Japan, Russia and Europe to China, he added.

The consensus of the  scientific community is that South Korea's air quality is determined by  local emissions and weather conditions, Wang concluded.