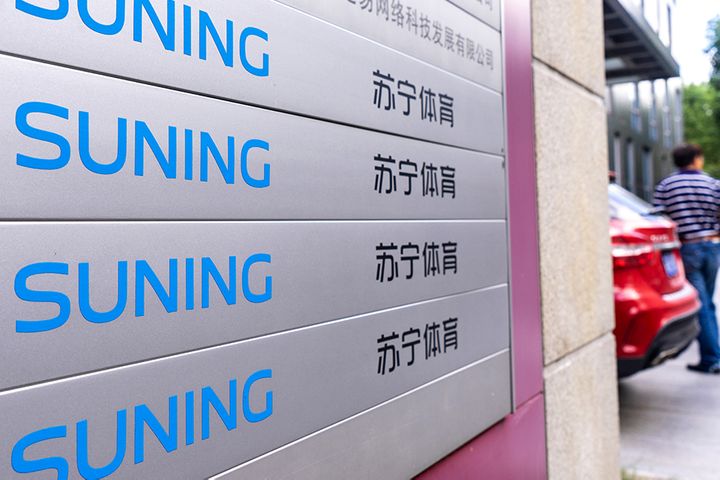 (Yicai Global) Aug. 2 -- Suning Sports, which has exclusive broadcasting rights for many domestic and foreign sports events in China, will start the process to go public in the next two to three years, according to a senior executive.

The Nanjing-based company will first conduct a Series B funding round in the second half of this year, the Securities Times reported, citing Executive Vice President Wang Dong who spoke at a press conference today. Wang did not provide further details about the funding.

It closed a USD600-million Series A fundraising last July, with Alibaba Group Holding and Goldman Sachs among the lead investors.

With interest in sports media, smart terminals, retail and youth soccer training, Suning Sports is one of the major business divisions of retailer Suning, whose operating revenue jumped 22 percent to CNY134.6 billion (USD19.4 billion) in the first half of this year thanks to robust online sales.

Suning Sports has the rights for various football competitions, including the top 5 European leagues, the Chinese Super League and the Asian Football Confederation Champions League. It has more than 70 million users on its video-streaming platform PPTV, with high-income and well-educated men in first- and second-tier cities the main audience for its coverage.

Its parent company started as a bricks-and-mortar retailer of electrical goods and has now developed into an offline and offline retail giant. The group is also a major shareholder of Italian Serie A club Inter Milan and CSL's Jiangsu Suning.