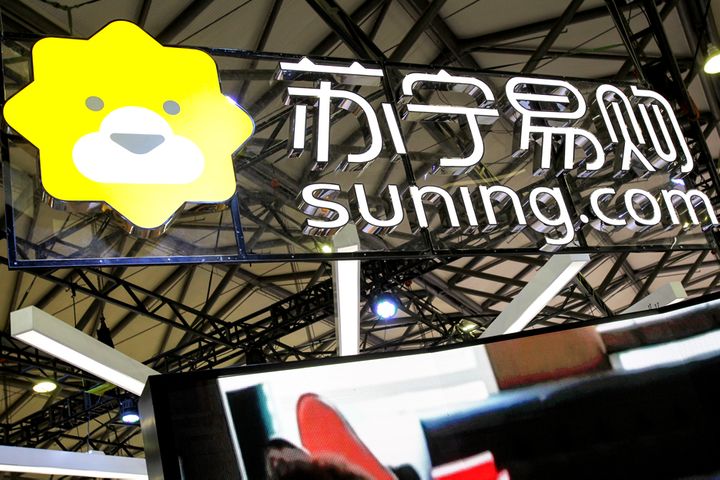 (Yicai Global) July 31 -- Net profit at leading Chinese retailer Suning fell 65 percent in the first half because of a one-time gain from selling a stake in Alibaba Group Holding a year earlier. Operating revenue rose 22 percent thanks to robust growth in online sales.

Suning sold a stake in Chinese e-commerce giant Alibaba for CNY5.6 billion last year, greatly swelling its earnings in the first half of 2018.

In the first half of this year, the company bought 37 department stores from realty developer Wanda Group and upgraded them into Suning Plazas. It had 54 Suning Plazas in operation and eight in reserve as of June 30. Its Suning Xiaodian convenience stores opened 1,626 branches and closed 435. It now has 5,368 self-run outlets and 42 franchised DIA stores. Suning Xiaodian is still in the red.