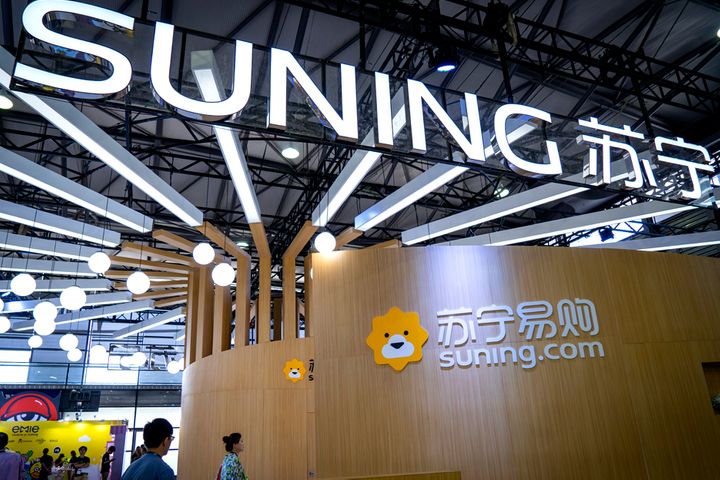 (Yicai Global) Aug. 27 -- China's antitrust regulator has given the green light to home appliance retailer Suning.Com's acquisition of a majority stake in Carrefour China Holdings, one of the first foreign supermarkets to operate in the country, for CNY4.8 billion (USD670 million).

The State Administration for Market Regulation has notified Suning that the deal passed its anti-monopoly review, the Nanjing-based buyer said in a statement, adding that it can now proceed with the transaction. The firm announced the deal in June, valuing the China business of the Boulogne-Billancourt-based grocery chain at CNY6 billion.

The acquisition is a key step in Suning's smart retail positioning, Chairman Zhang Jindong said in the press release. It will remedy any shortcomings in Suning's fast-moving consumer goods business and spur a breakthrough in its inclusive marketing strategy, he added.

Carrefour entered China in 1995 and expanded to 22 provinces with 210 supermarkets, 24 convenience stores and six warehouses. But in the past couple of years, foreign retailers have faced growing competition from Chinese counterparts that have quickly adopted a wide range of online services. Last year, Carrefour's net profit almost halved to CNY578 million (USD84.1 million) from a year earlier.

Suning posted CNY134.6 billion in revenue in the first half of this year, up nearly 22 percent from a year earlier. The company had almost 5,400 Suning Fresh and Dia outlets as of last June.