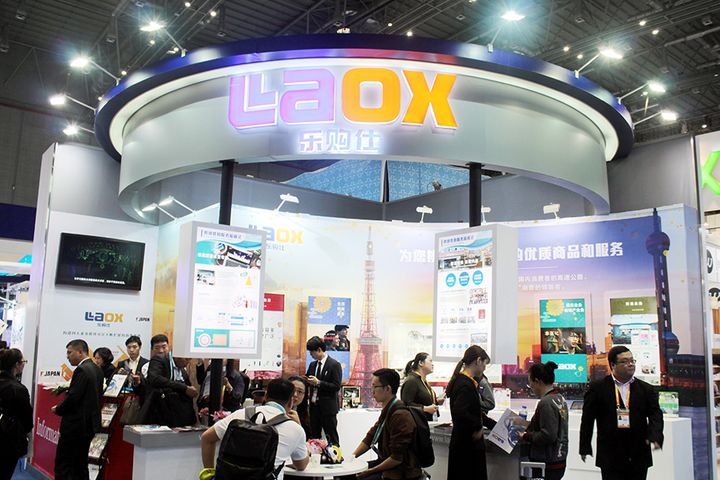 The consumer electronics and duty-free seller will issue the shares and grant new-share subscription rights to Suning Appliance Group's wholly owned unit Grand Galaxy and Chubun Sangyo's subsidiary Global Worker, Suning.Com -- which owns both of the parent companies -- said in a statement yesterday.

Laox wants to strengthen its trade and e-commerce business in China and extend its duty-free stores to run lifestyle and fashion outlets in Japan, the statement added.

Founded in 1930, had 38 tax-free chain stores as of March 31. Suning.Com's Hong Kong unit picked up a 27.4 percent stake for CNY57.3 million in 2009 to become its largest shareholder and has been building up is holdings ever since.